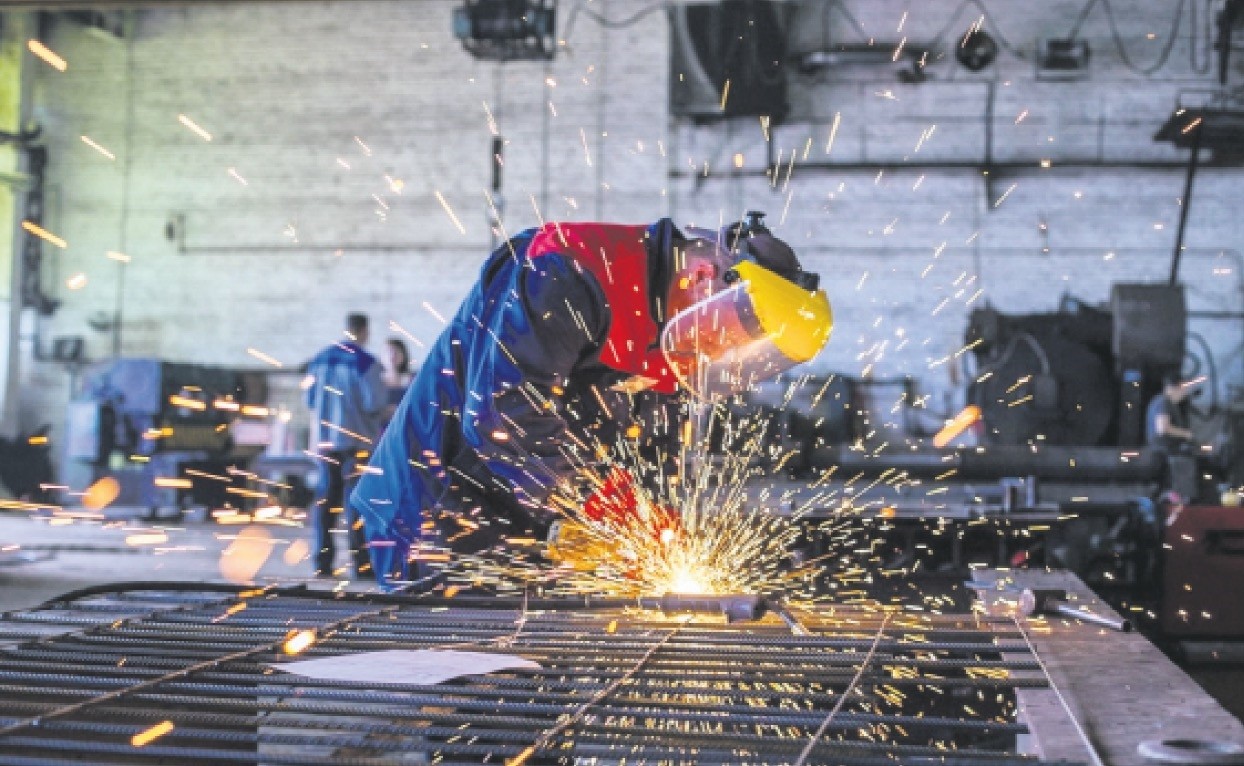 The ruling AK Party pledges to turn Turkey into a center of attraction for a number of sectors, while it also aims to continue with megaprojects, according to the party's election declaration announced by President Recep Tayyip Erdoğan yesterday

Erdoğan pledged that the AK Party will continue to put into action megaprojects that can serve not only at the national level but at the international level as well.

The president announced that the talks for the financing of the Kanal Istanbul Project will start soon, while infrastructure and transportation investments will continue at full speed across Turkey with a widening railway network. He also said subway projects in Istanbul will be carried out.

"We will transform Turkey into a center off attraction in a wide array of sectors, including education, health, information and communication, energy, defense, transportation, logistics and trade through production with domestic resources," Erdoğan vowed.

Particularly in the defense industry, Turkey will not only be a self-sufficient country but will export its locally developed and manufactured defense products to other countries, the president underscored.

With a view of implementing growth strategy based on private sector-led productivity growth, the ruling party aims to maintain macroeconomic stability to create a better business environment, raise the quality of our workforce, increase the capacity to develop technology and innovation, further strengthen physical infrastructure and improve institutional quality.

"To this end, by ensuring the digital transformation of traditional sectors with high competitive power, we will make these sectors more efficient with an innovation-based ecosystem. We will move Turkey to a more competitive position by increasing the share of high value-added sectors in our economy. We will reduce the dependence of our production and export structure on imports," the declaration stressed.

"We will enter new markets and increase our competitive power in our existing markets. We will improve and facilitate the business and investment environment in a way that will provide greater support for growth. In this context, we will simplify incentive legislation, take precautions to eliminate unnecessary transaction costs and make doing business more attractive by increasing the predictability," the declaration said.

With political stability, predictability and investor-friendly policies, the declaration said, AK Party seeks to attract long-term foreign investment to high-tech and more productive areas and aims for these investments to create significant added value in Turkey with both technology transfer and employment increases.

The ruling AK Party also plans to accelerate the commercialization and branding processes of the outputs to provide added value, while it also looks to increase the efficiency and productivity of SMEs.

"We will focus on improving the governance processes of our companies and solving efficiency and scale problems. We will facilitate the access of our SMEs to finance and support their digital transformation," the declaration said.

The AK Party also pledges to increase participation in the workforce and qualified employment.

The party seeks to raise the level of quality in education to the highest level in order to maximize the opportunities provided by the population dynamics in the upcoming period.

It was also said that the ruling party pledged to increase the use of local currency in foreign trade and enhance bilateral and multilateral trade relations.

"In order to strengthen our position in the global value chain, we will develop our existing commercial agreements with the EU and other countries and add new ones to them. In this context, we aim to maximize commercial and economic relations with the European Union by improving the functioning of the customs union. We aim to sign trade and economic cooperation agreements with 11 countries to ensure the establishment of high-level bilateral mechanisms and the completion of legal infrastructure with countries with trade and investment potentials," the declaration said.

"We will sign FTAs with the countries on both the railway and sea routes within the framework of the 'One Belt, One Road' initiative. With this initiative, we will provide support to increase Turkey's exports range, which is currently an average of 3,000 kilometers. We aim to sign agreements on reciprocal encouragement and protection of investments with at least 20 countries in the next five years," the party's declaration read.