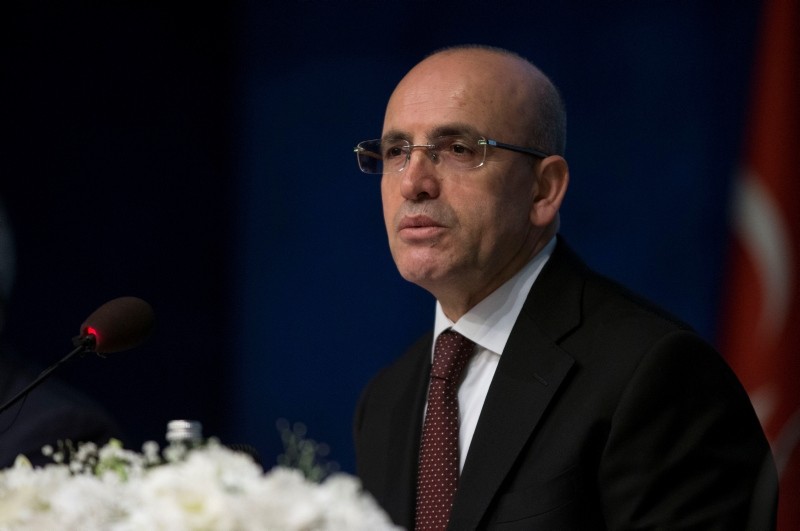 In the end of last month, the Central Bank of the Republic of Turkey (CBRT) announced its intention to complete the simplification process for the operational framework of its monetary policy after two years of work amid falling Turkish lira.

Şimşek also revealed that Turkey has withdrawn all of its gold holding from the U.S. Federal Reserve.

According to the deputy prime minister, Turkey needs "deep-rooted, sectoral transformation" in the economy for sustainable growth.

"A sustainable high growth [rate], comprehensiveness of this growth, and fair income distribution are essential. We need to provide more deep-rooted, sectoral transformation to achieve a sustainable growth of over seven percent, which calls for limiting the side effects i.e. current account gap, inflation," Şimşek told Fox TV.

Şimşek's remarks came a day after the Turkish Statistical Institute (TurkStat) revealed that the country's economy expanded by 7.4 percent in the first quarter of this year compared with the same period last year.

Şimşek forecasted growth will be re-balanced after the second half of the year and the domestic demand will ease.

"Our primary priority is to fight against inflation and decreasing current account deficit," Şimşek said.

The minister added the inflation stemmed from the loss in the value of the Turkish lira against other currencies and the increase in the oil prices.

The country's annual inflation rate was 12.15 percent in May, up from 10.85 percent in April, according to the TurkStat on June 4.

Şimşek said Turkey has a $453.2 billion of gross external debt stock and more than two-thirds of it belong to the private sector and less than one third belongs to the public sector.

"Turkey's foreign debt is 53.3 percent of its gross domestic product (GDP). When we compare this ratio globally, it is not really high," he added.