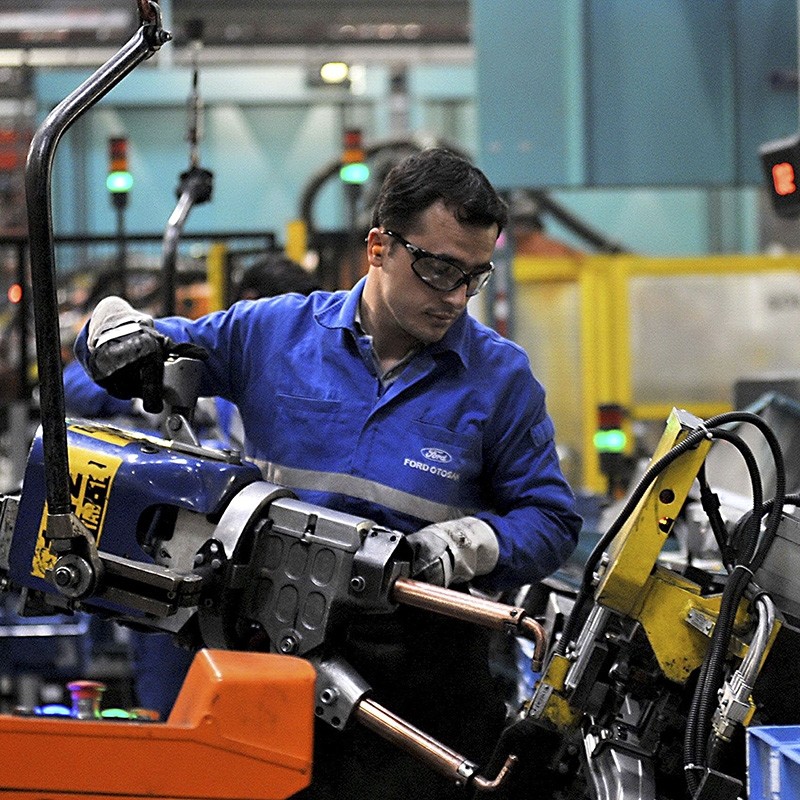 Industrial output is considered as a vital indicator for the economy as it is seen as a preliminary gauge for gross domestic product (GDP).

Among three main sub-indices, the mining and quarrying index saw the highest annual increase in the month, up 10.1 percent from the same month last year.

The manufacturing index went up 6.3 percent while the electricity, gas, steam and air conditioning supply index rose 3.8 percent during the same period.

TurkStat showed that industrial output also rose on a monthly basis in April, indicating a rise of 0.9 percent.