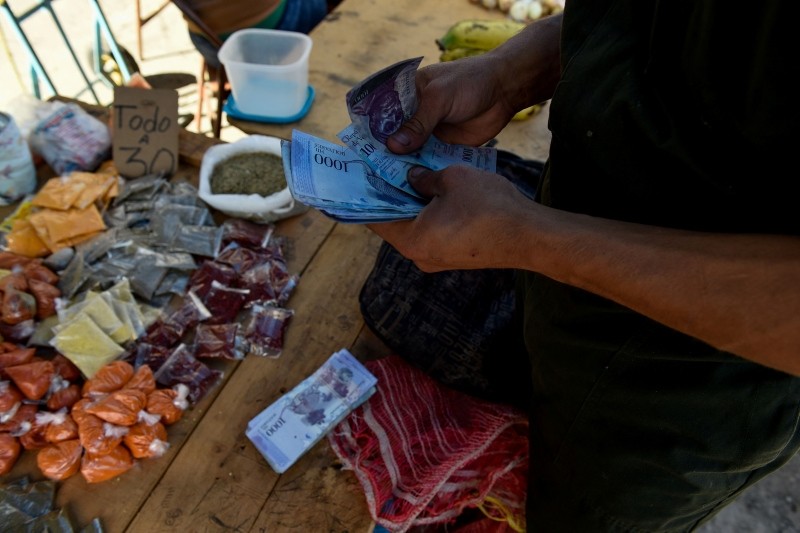 Venezuela on Wednesday tripled its minimum wage to 3 million bolivars per month, equivalent to just $1.14 at the black market exchange rate, as the crisis-ridden OPEC nation struggles under hyperinflation.

President Nicolas Maduro in a televised broadcast said workers would also receive 2.2 million bolivars in meal tickets, taking total compensation to 5.2 million bolivars -- around $1.98 at the black market. Maduro made the announcement Wednesday before a cheering crowd of workers. It is the fourth such increase this year.

Maduro last raised the minimum wage in April, shortly before officials declared him the winner of a contested presidential election earning him a second term.

The once-prosperous OPEC country's annual inflation is now nearly 25,000 percent, according the opposition-run legislature, and citizens face chronic shortages of food and medicine.

Minimum wage increases are now decreed several times per year but rarely keep pace with the depreciation of the bolivar, which has lost 99 percent of its value on the black market since Maduro took office in 2013.

Maduro says the country's situation is the result of an "economic war" led by opposition politicians with the help of Washington.

Despite having the world's largest proven oil reserves, Venezuela is in its fifth year of an economic crisis worse than the Great Depression.