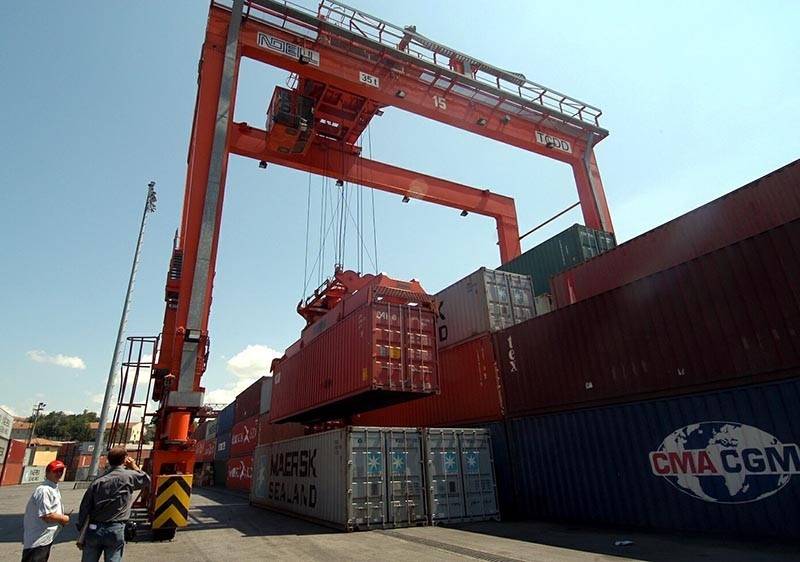 Companies in Istanbul exported nearly $34.8-billion worth of products to 229 export points all around the world in the first six months of 2018, according to Turkish Exporters' Assembly's (TIM) report released Tuesday.

The products from 27 different sectors such as automotive, jewelry, ready-to-wear and apparel, made up 43.4 percent of all Turkey's exports, up 1.2 percentage points from 42.2 percent the previous year.

The total of the products exported reached $34.79 billion, an increase of 15.3 percent compared to $30.16 billion in the period between January and June 2017.

According to the report, ready-to-wear and apparel lead the sector with 18 percent of the exports, totaling $6.47 billion. The automotive sector came in the second place with $4.02 billion, followed closely by steel exports with $3.94 billion.

The other sectors were as follows: Chemicals and chemical products with $3.8 billion, electric-electronic with $2.9 billion, ferrous and non-ferrous metals with $2.2 billion, textiles with $1.8 billion, jewelry with $1.5 billion, machinery with $1.2 billion and grain-legumes with $1 billion.

While olive and olive-oil products almost doubled compared to last year with an increase to $91 million from $53 million, the automotive sector enjoyed the largest growth in terms of volume with a $1.2 billion increase to $4.02 billion from last year's $2.8 billion.

According to the report, Germany received the most exports from Turkey with $3.7 billion, an increase of 16.9 percent compared to last year. The U.K. took second place with $2.5 billion and Italy came in third with $1.9 billion.

Other recipients of Turkish exports were Spain with $1.8 billion, the U.S. with $1.3 billion, Israel and The Netherlands with $1.1 billion each and France with $1 billion.