Turkey's steel exports up by 34 pct despite Trump's additional tariffs 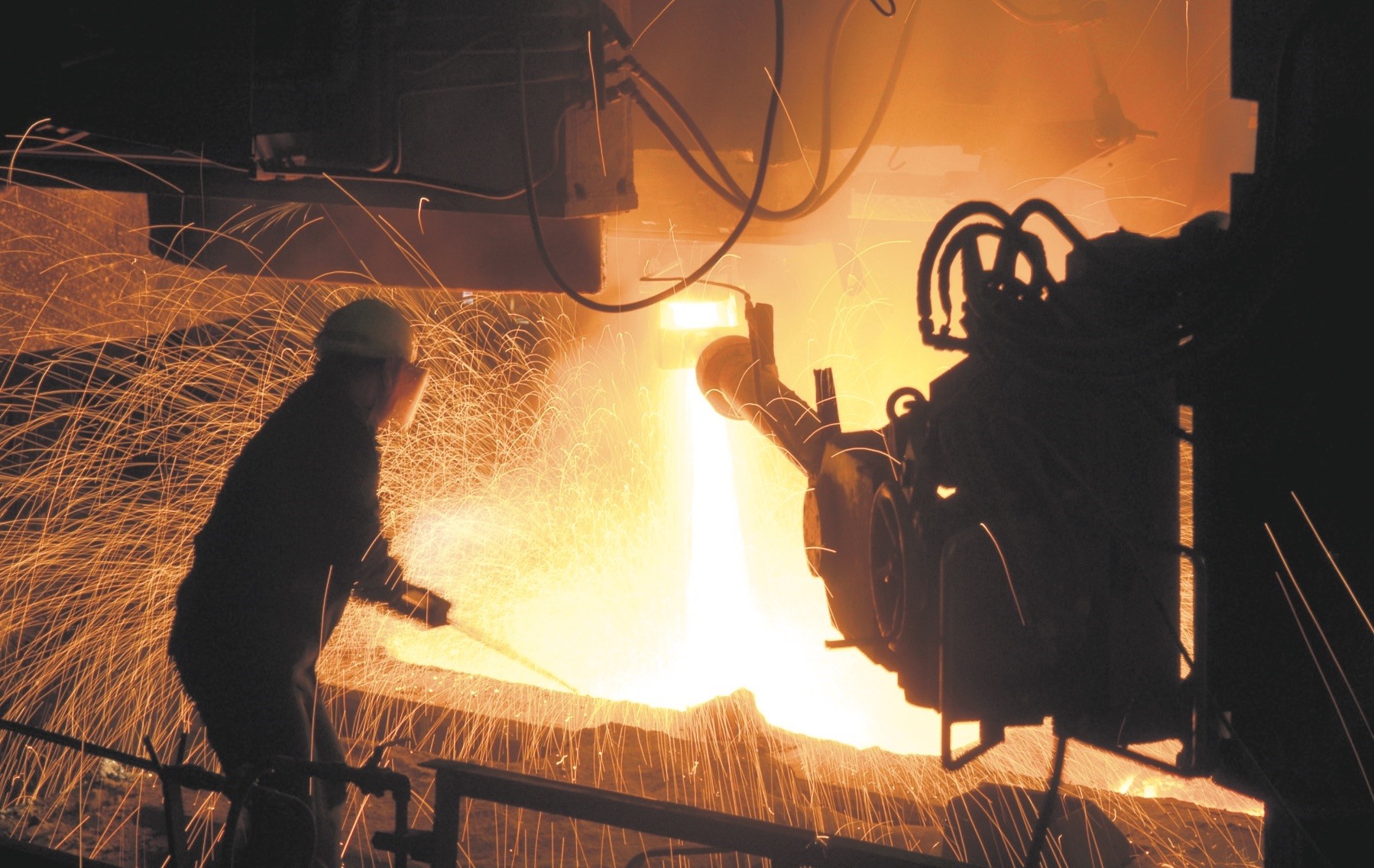 The Turkish iron and steel industry is expanding its presence in world market. It has continued to increase exports despite additional U.S. tariffs on steel and aluminum. Industry exports surged by 34 percent and 22 percent in June and in the first half of this year, respectively

Turkey, one of the world's largest steel exporters, increased its total exports by 34 percent in June due to a strong performance in other markets, despite U.S. President Donald Trump's additional tariffs on steel and aluminum imports.

According to Turkey Exporters' Assembly (TİM) data, exports of steel products surged by 34 percent in June this year to $1.2 billion and by 22 percent in the January-June period to $7.1 billion compared to the same period last year.

While the highest steel exports were made to Italy and Spain in the first half of the year, the United States, which ranked first last year, tumbled to third place. Exports to the European Union and the Middle East, the traditional markets of the sector, continued to increase significantly.

Yalçın Ertan, chairman of the Aegean Ferrous and Non-Ferrous Metals Exporters' Association, said that with the iron and steel producers in China turning their attention to domestic demand since March 2016, the Turkish iron and steel industry has increased its influence in the world markets and that they had a good year in terms of profitability and turnover in the sector.

Following the new customs duty decision issued by the U.S. President Donald Trump to "protect domestic industry," steel product exports to the country were down 30 percent to $71.5 million in June and down 42 percent to $421 million in the first six months of the year.

Companies that lowered their exports to a great extent in April and May following March, when the tariff decision went into effect, entered a recovery period together with June.

Pointing out that after the U.S. President Donald Trump's "Section 232" decision, 25 percent customs duty was introduced on steel and 10 percent on aluminum in March, and that this news led to a pessimistic approach in the sector, Ertan said there was a fear of losing about 2.4 million tons of the U.S. market significantly.

He noted the sector continued to increase its total exports in spite of this decision, recovering from the shock in the U.S. market in a short period.

Recalling that it was not possible to sell to this country in March when the additional tariff was put into effect and which caused the figures to drop rapidly, Ertan said as the production in the U.S. domestic market remained insufficient, prices started to rise rapidly. He stressed that prices in the U.S. came to such a level over the past 15-20 days that they could export again if they put the additional tax.

"We can be competitive even if we put additional tax over the worldwide sales price of $500-550. We will start to see these figures in our statistics in the coming period," Ertan continued.

"So, even if it is not 2.4 million tons, I think we will export 1.5 million tons until the end of the year. The additional tax decision had a four-month impact on us. We cannot ship at the desired pace, but we will start shipping goods in quantities close to the former figures."

He also noted that the rapid recovery of Turkish iron and steel sector in the U.S. market is due to the importance attached to product quality and timely delivery.

"Additional taxes are applied to all countries except South Korea and Australia. Competition is under equal conditions. If we produce better steel and at better prices, of course they will prefer our goods," Ertan said. "The U.S. had already preferred our goods. We quickly adapted to the new conditions. If there is no change in tax measures from now on, we can say that this trend will continue until the end of the year." The sector has recently moved to South American countries such as Ecuador, Panama and Chile besides the traditional markets like Israel, Egypt and Libya, Ertan noted, pointing to the positive results achieved in the Far East, suggesting that they expect the iron and steel industry to close the year with good results with the contribution of flat steel.

Ankara announced earlier that it will start imposing tariffs on nearly two dozen U.S. products, ranging from cars to sunscreen as of June 21, in response to the additional steel and aluminum tariffs enacted by Washington.

According to documents filed with the World Trade Organization (WTO) in March, Turkey slapped $267 million in tariffs on $1.8 billion worth of products that the U.S. exports to Turkey. Later last month, the country decided to further increase the additional tariff rates on some of the goods imported from the United States.

According to the Turkish Statistical Institute (TurkStat) data, Turkey exported approximately $13.8 billion in steel and steel goods last year, while $1.2 billion, about 9 percent of exports, were made to the U.S.