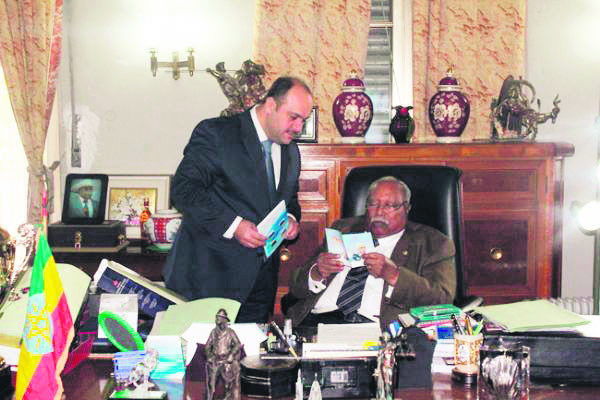 Educational institutions linked to Fetullah Gülen are the first step to establishing influence on policymakers and high-ranking officials in the countries they're opened in. These schools earn them a great amount of money and an immense network of commercial businesses and connections

Any attempt to understand the organizational structure of the Gülenist Terror Group (FETÖ), which the Turkish government holds responsible for the July 15 coup attempt in 2016, usually ends up with their vast economic power across the globe. Estimated at its peak to be worth $25 billion in 2012, the terror group was considered an economic powerhouse enjoying support from its transnational network of trading companies and businesses. A key element of this vast economic network is the school system operated by the group in the U.S., Africa, the Balkans, Central Asia, East Asia and Southeast Asia; virtually everywhere on earth. The commercial and financial structuring of FETÖ has focused on building schools in African countries, which had been French and British colonies from the 18th until the second half of the 20th century.

Establishing educational institutions was the first step in garnering political, economic and bureaucratic influence in countries like Ethiopia or Gabon, which had been struggling with arbitrary legal practices and corruption.

By promising free education for the children of the political elite, high-ranking military officials and bureaucrats, FETÖ try to access significant and high-level positions in the countries. Thereby, they look to establish a network of high-profile individuals.

In an exchange with Daily Sabah, Turkish Maarif Foundation Chairman Birol Akgün highlighted that FETÖ members manipulate political and economic structures in African countries to ensure their influence on decision makers. Professor Akgün also pointed to the economic dimensions of the destruction the cult has caused under the disguise of education.

"The Maarif Foundation has observed the sufferings that caused by the transparent operations of the FETÖ members in the schools it took over," he said.

The Maarif Foundation carries out immense efforts to take over these schools or establish transparent educational institutions in the continent. The foundation's chairman emphasized that the minute FETÖ's schools are shut down, their influence on decision makers and high-ranking politicians will vanish.

After ensuring influence in these countries, the second phase generally proceeds with the entry of FETÖ-affiliated Turkish businesspeople into the countries. This is what Turkish government officials that investigate the economic structure of the religious cult have observed in their inquiries.

Business circles close to the now-defunct Turkish Confederation of Businessmen and Industrialists (TUSKON), whose chairman and members were found to have strong and close ties to FETÖ by Turkish investigators, heavily engaged in trade and investment promotion in Africa.

The economic and financial operations of FETÖ in African countries are organized by business associations like TUSKON. By getting in touch with Turkish businesspeople who want to invest and trade in Africa, they provide consultation services on how to start and run businesses in the continent and facilitate their operations through bureaucratic influence secured at high levels.

In return for consulting services, FETÖ members demand donations from the businesspeople's commercial and other operations.

Aside from investigation reports and indictments prepared by Turkish prosecutors, TUSKON's relationship with FETÖ has also been written about by David Shinn, the former U.S. Ambassador to Ethiopia and adjunct professor of International Relations at Georgetown University, in his book titled, "Hizmet" in Africa. Hizmet, meaning service, is what the Gülenists call their group.

In the book, which was commissioned by the FETÖ-linked, U.S.-based Rumi Forum, Shinn specifically explains TUSKON's affiliation with the group.

In a speech he delivered at a FETÖ conference in Sao Paolo, Shinn emphasized that "Hizmet's business model in Africa relies primarily on financial backing from supporters in the Turkish business community." He added that the business organizations of the group continue to exist in the continent in the aftermath of the TUSKON's closure.

TUSKON was raided by the police in November 2015 in an operation against the financiers of FETO. In October, the TUSKON trial began in Istanbul and 86 defendants, mostly prominent businesspeople, appeared before court and the organization's chair Rızanur Meral was tried in absentia along with its honorary chair Fetullah Gülen, a cleric who has been living in self-imposed exile in Pennsylvania, U.S.

In a research report, titled "Turkey's Engagement in Sub-Saharan Africa Shifting Alliances and Strategic Diversification," David Shinn also writes that there are close ties between the schools and Turkish sponsors doing business in the countries where they are located.

"A key to their [the schools'] success is the network that they provide. Graduates in the Democratic Republic of Congo, for example, often speak Turkish and help drive Turkey's commercial interests," he said.

"Hizmet-supporting businesspersons also operate a number of independent and informal business associations in separate African countries. Examples include the South African Turkish Business Association, the Association of Businessmen and Investors of Nigeria and Turkey, and the Ethio-Turkish Entrepreneur Association. Their primary task is to organize African business delegations to visit Turkey and to host visiting Turkish business delegations," Shinn explained.

Akemel Negash, who is an Ethiopian activist and freelance journalist for Deutsche Welle, stressed that FETÖ-linked business operations enter the African market by initially starting schools where they educate the children of the ruling oligarchy.

"Establishing a network of political and economic alliance, FETÖ members rely on good relations with the high-ranking ruling elite like the members of the Tigrayan People's Liberation Front (TPLF) to run their businesses in the country," Negash told Daily Sabah.

The schools that offer free education for the children of the political, military and bureaucratic elite are way of offering privileges and favors in the country, Negash emphatically stated. They provide an excellent ground to understand the country's politics and access to the policy-makers, he later added, emphasizing the vulnerability of African countries to such favors given their relatively less law-abiding governance structures.

Another way FETÖ tries to solidify their network is by organizing trips to Turkey and bringing African politicians and bureaucrats together with FETÖ-affiliated businesspeople. "These trips have been a useful way of pampering politicians and making them acquainted with FETÖ-run non-governmental organizations and corporations," he said.

Negash also emphasized that the FETÖ-linked companies have expansive operations in the textile sector in Ethiopia. Some of these companies are run in the form of a joint venture in partnership with the close relatives of the highest-ranking politicians in the country's TPLF.

He also strongly emphasized that Gülen schools only serve very rich families given their sky-high tuition. He explained that even upper-middle income groups can't afford the prices, adding that more than 90 percent of the Ethiopian population doesn't have enough money to send their children to Gülen schools.

In some cases, Gülenists change the ownership of the local schools in attempts to disguise its links to FETÖ. For instance, in March 2017, the Nejashi Ethio-Turkish International Schools were sold to a group of educators from Germany, whose identities have not been revealed. Prior to the sale of the schools, Ethiopian government announced that the schools, which elite Ethiopian families send their children to, would be handed over to Turkey's Maarif Foundation.

Officials have said that the FETÖ sold the institution to try to evade the handover. The sale of the school network to a group of educators from Germany was a "business decision," Celil Aydin, a coordinator at the schools in Ethiopia, previously claimed.

The Turkish Maarif Foundation's chairman also highlighted that fraudulent sales of FETÖ-linked schools in Africa or changing their partnership structures are among the cult's latest operations.

Celil Aydin, education coordinator and deputy general manager of Kaynak Education and Medical Services PLC (the firm that runs the Nejashi Ethio-Turkish Schools), and two school principals he leads, have counterclaimed their connection to FETÖ.

The Nejashi Ethio-Turkish Schools opened in 2008 and have six branches with kindergartens, primary schools, and high schools. Annual fees run to more than $2,500 per child, an amount beyond the means of most Ethiopians.

Currently, Turkey's Maarif Foundation, which is responsible for Turkey's education activities abroad in coordination with the National Education Ministry and Foreign Affairs Ministry, is running operations to take over the FETÖ-linked schools in African countries. The foundation currently runs 101 schools in various countries around the world.