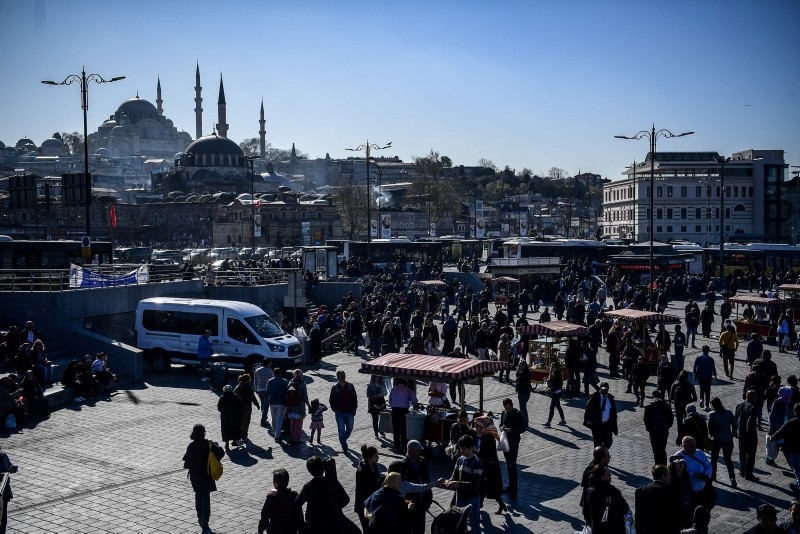 Turkey saw its unemployment rate go down to a single digit at 9.6 percent in April, marking a 0.9 percent decrease year-on-year, according to the statement released by the Turkish Statistical Institute (TurkStat) on Monday.

The number of unemployed persons aged 15 and over decreased by over 200,000 to reach 3.08 million in the said month compared to the same period of the previous year, TurkStat said.

"In the same period, non-agricultural unemployment rate occurred as 11.4 percent with one percentage point decrease," the institute said.

The institute noted that the number of employed people rose by some 850,000 to around 29 million over the same period, taking the employment rate to 47.9 percent with an annual increase of 0.7 percentage point.

The labor force participation rate (LFPR) was 52.2 percent, a 0.3-percentage point annual rise, while the number of people in the labor force totaled nearly 32.1 million – rising some 650,000.

TurkStat also reported that the rate of unregistered employment – people working without social security related to their principal occupation – was 33.3 percent in April, marking a 0.6-percentage point decrease year-on-year.

As noted in Turkey's medium-term economic program, the government is aiming to reduce the annual unemployment rate to 9.6 percent by the end of 2020. The annual rate was 10.9 percent last year.