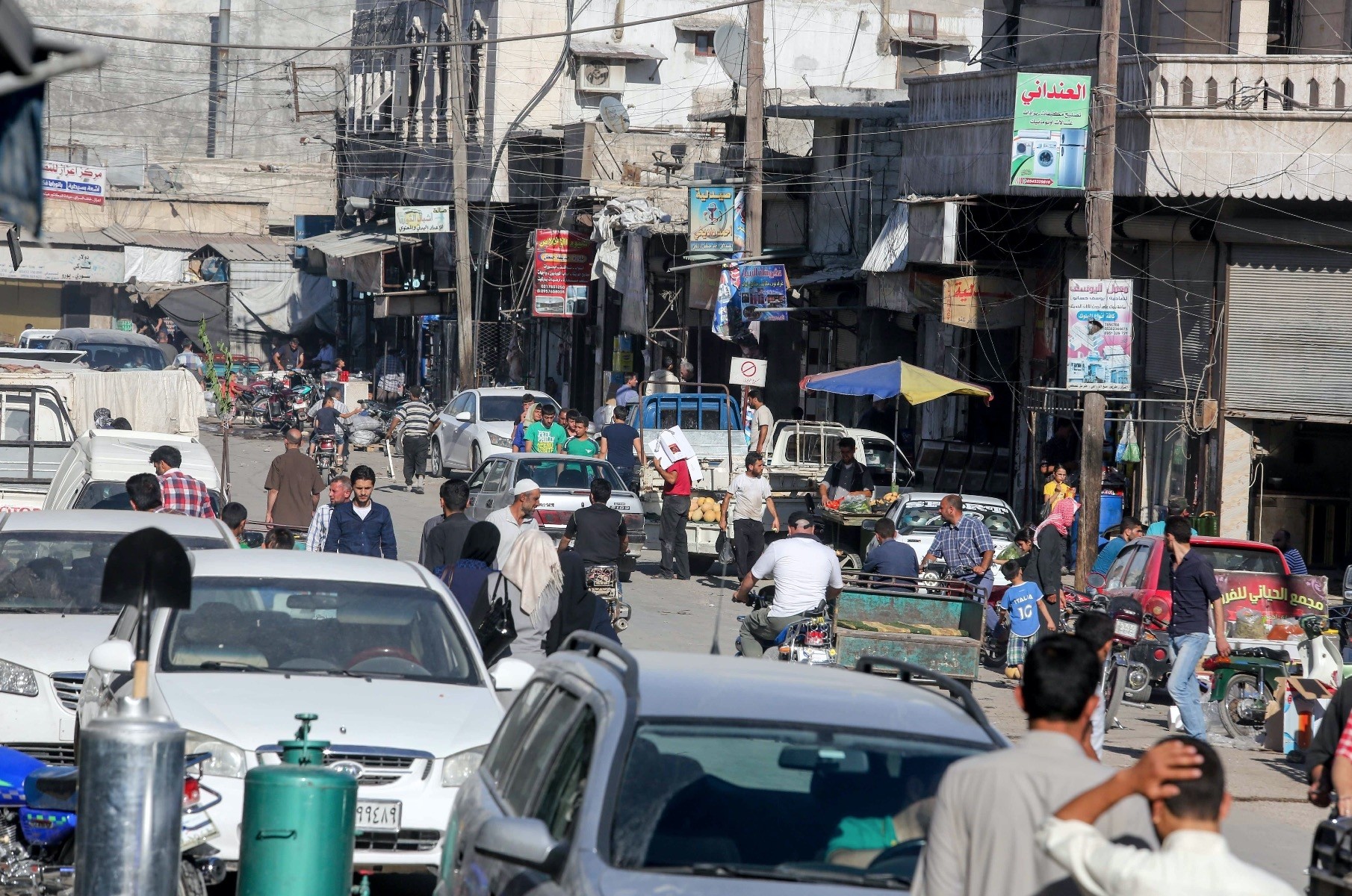 The prominent Turkish business association MÜSİAD has announced that it plans to open a new branch and a trade center in territories cleared of PKK, YPG and Daesh terrorists in Syria to develop commerce

The Independent Industrialists and Businessmen Association (MÜSİAD) will establish a trade center and a branch in areas cleared from terrorist organizations such as the PKK, its Syrian affiliate the People's Protection Units (YPG) and Daesh.

The center will be established on land cleared out by the Turkish Armed Forces (TSK) in Operation Euphrates Shield and Operation Olive Branch, and is meant to develop trade and help secure people's prosperity in the region.

Hundreds of thousands of people have lost their lives in the Syrian civil war that has been ongoing for almost eight years, and millions of people have had to leave their hometowns and take shelter in areas deemed safe.

Since the beginning of the war Turkey has given immense support to the victims of war. Also, nongovernmental organizations have not left the Syrians alone, with campaigns organized with the same understanding and openness similar to when the people of Medina welcomed the immigrants of Mecca during the time of Prophet Mohammed.

Operation Euphrates Shield, on the other hand, was launched in August 2016 to clear the border of Daesh and the YPG. Ankara said that the operation was an act of defense since its cities and towns were under constant attack from both Daesh and YPG terrorists.

Turkey successfully managed to force the YPG to withdraw to east of the Euphrates River and completely cleared northern Syria of Daesh. On March 29, 2017 the Turkish government announced that the operation had successfully ended.

İbrahim Uyar, the chairman of MÜSİAD Foreign Organizational Development Commission, told Anadolu Agency (AA) that they initiated the establishment procedures of the MÜSİAD Syria Branch for the development of business and commercial opportunities in Azaz and surrounding areas.

Uyar said the branch would be opened as soon as possible following talks with the chambers of commerce and businesspeople operating in the region.

"Hopefully, with this center, our Syrian friends living both in Turkey and in their own country will develop their trade together, and through this trade, trust and stability will come again to the region. We hope that the region will prosper once again in this regard," he added.

Uyar said that about one million people live in the region and that a large part of the basic needs of these people are met by Turkey, he said that they think that the project will make a serious contribution to the Turkish economy.

He also said that their priority is to meet the basic needs in terms of food and textile, followed by serious opportunities in construction materials.

"Our friends who left the region will return and we believe that a normalization process will begin. It is absolutely necessary to establish trade between the two regions so that normalization can speed up," he added.

Ömer Faruk Akbal, the chairman of MÜSİAD Domestic Organizational Development Commission, said their association, operating with 86 branches, is one of the most influential nongovernmental organizations both in the world.

Taking into account business volume and businesspeople operating under the organization, Akbal said that MÜSİAD members make up close to 20 percent of Turkey's gross national product, and that MÜSİAD's presence would be a very important step in terms of normalization in the region.

"MÜSİAD has a very important and restorative commercial location and position for this region to help in achieving its postwar welfare. In this sense, we will be working hard together with our members in Kilis and our Syrian businesspeople who are active in MÜSİAD to contribute to Syrian citizens and Turkish people," he said. Hasan Olabi said that he came to Turkey as a Syrian businessman and collaborated with MÜSİAD, adding that he believed that this project would prove beneficial to the people of Turkey and Syria.