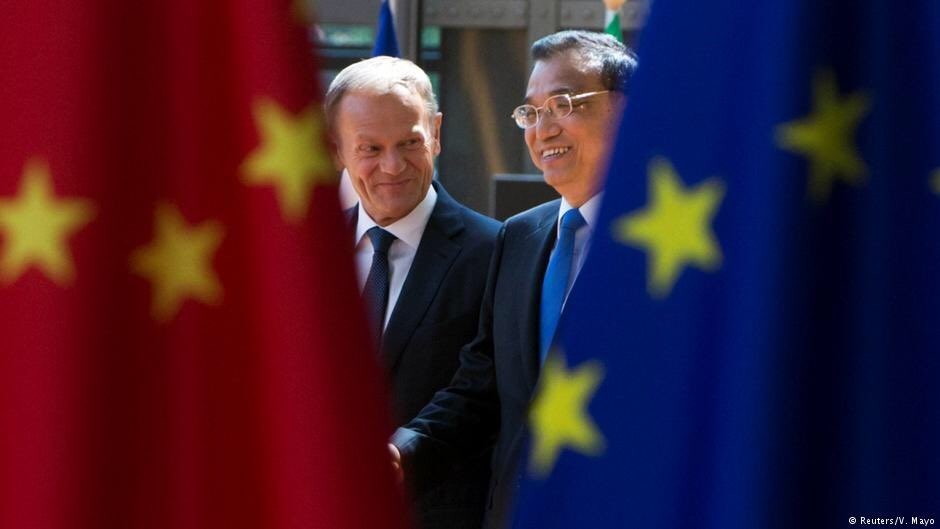 Growing tensions between the U.S. and its trading partners could push the European Union to strengthen ties with the world's second largest economy and the U.S.' main rival, China, experts said Tuesday.

In an analysis penned by Dr. Kadir Temiz and Murat Öztuna for Anadolu Agency, the academicians pointed out that Washington has put Beijing's technologically ambitious "Made in China 2025" vision at the center of its trade war with the country.

The report by Temiz and Öztuna said China's ongoing economic development and its influence on global economy have already made competition with the U.S. inevitable. However, Washington choosing protective measures to prevent such competition has been regarded as a confession that the U.S. is losing control of the system it created, along with risks of weakening its own production.

However, China still needs foreign technology transfers to advance its own innovation agenda and reach next-generation production targets, despite the breakthroughs in high-tech industries. The report argues that a possible Chinese decision to implement custom tariffs on U.S. commodities as retaliatory measures and seeking other alternatives would result in U.S. producers' limited access to their largest market.

The growing complex economic competition might be an early sign of a new transformation, with Trump's protective policies offering far more obstacles and limitations than solutions, Temiz and Öztuna point out. As a reaction, global actors may create a front against Trump's strong conservative resistance to change and transformation.

Nevertheless, China is not the only country threatened by Trump's tariffs. The European Union – whose steel and aluminum exports have also been hit by U.S. tariffs - seems to have left its traditionally cautious approach toward China, and last week's annual EU-China summit in Beijing is the latest example of that. Both parties released positive messages after the summit, with the EU praising China's contribution to free trade and globalization, and China proposing closer ties with the bloc.

At the summit, the EU and China also signed their first joint declaration since 2015. Their previous differences over the South China Sea had prevented one in 2016 and 2017.

They also agreed to expand market access and speed up negotiations for a bilateral investment agreement, now in their fourth year.

For China, creating an alternative might be a good short-term solution but the EU will have a harder time showing the same flexibility, the report warns.

Growing closer to China might be a good solution for the EU to break the pressure on economic and security issues created by the U.S. and a great opportunity to kick off a new globalization process. Germany, the economic powerhouse of Europe, has already started to develop closer economic and political ties with Beijing. Therefore the EU is likely to try to open a new page with China despite the latter's economic confrontations as other possibilities do not seem very pleasant for either side.