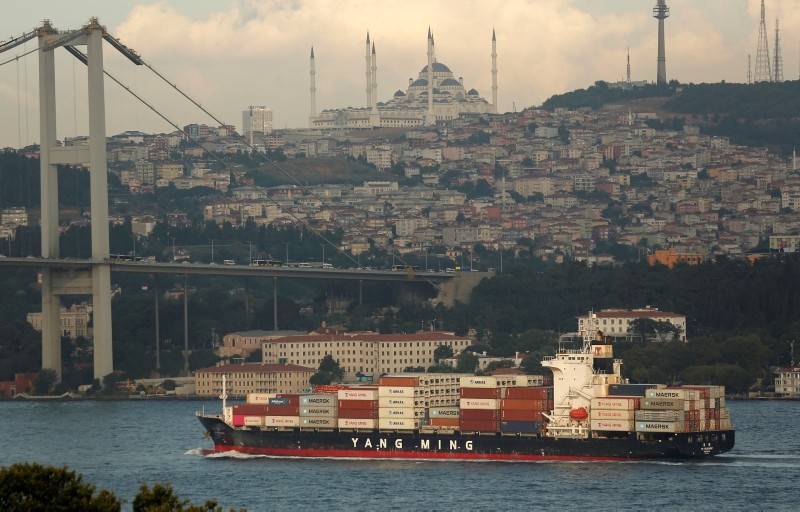 Provisional export figures were announced by Trade Minister Ruhsar Pekcan and TİM Chairman İsmail Gülle at a meeting in the ministry in the capital Ankara.

According to TIM data, the country's exports in the first seven months of 2018 increased by 7 percent to climb to $96.3 billion. Exports in the last 12 months rose 8.1 percent, reaching $163.3 billion.

The highest monthly figure was previously registered in 2014 when exports reached $13.3 billion. Thus, the July figures correspond to an increase of $761 million compared to the same month in 2014.

Moreover, Turkey saw records broken every month this year, except June. In addition, a $15 billion-barrage in exports was exceeded for the first time on a monthly basis in March.

Meanwhile, Turkey's imports in July stood at 20.1 percent, falling 6.4 percent as the rate of exports meeting imports jumped to 70.1 percent from 58.7 percent.

On a sectoral basis, the automotive sector again registered the highest export numbers, leading the way at $2.8 billion, according to the TİM chairman, who said the figure corresponded to an increase of 13.8 percent year-on-year. The automotive sector was followed by ready-made and garment with $1.6 billion and chemicals with $1.5 billion.

According to TurkStat, exports hit an all-time high of $157.6 billion in 2014. They reached nearly $157 billion last year. The country wants to achieve a record $170 billion in exports by the end of this year.

In terms of markets, Turkey exported to 223 destinations in the world in July with Gülle noting Turkey increased exports to 170 of them. Again, Germany led the way, followed by the U.K., the U.S., Italy and Iraq.

Gülle added that increases in exports to countries such as Oman were up fourfold. Among others, exports to Libya increased threefold, while exports to Columbia, South Korea and India saw a two-and-a-half fold increase in July.

The European Union was again leader among country groups. Exports to the bloc were up 15 percent, reaching $6.9 billion in June, the TİM chairman said, adding that the share of the bloc in total exports stood at 48.7 percent.

He added an increase of 42.6 percent increase in exports to Africa where President Recep Tayyip Erdoğan paid an official visit on June 25-28. Exports to the continent reached $1.2 billion in July.