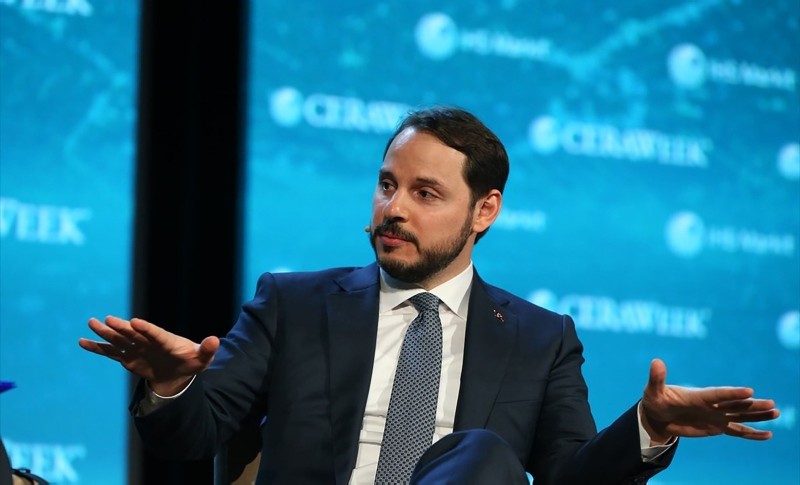 Treasury and Finance Minister Berat Albayrak said Thursday the impact of U.S. sanctions on two Turkish ministers will be minimal and short-lived.

In a statement released on his Twitter account, Albayrak called the sanctions "unacceptable" and Turkey's priority is to "ensure that this process is settled through diplomacy and constructive efforts that would be consistent with the relations between the two allied countries."

"Meanwhile, we have initiated a comprehensive plan to achieve our goals of budget discipline, disinflation, and sound and sustainable growth in light of current macroeconomic data," Albayrak said.

Albayrak added that Turkey was working on securing short and medium-term external financing.

The minister assured markets that the preparatory work is in progress, and that a series of steps toward economic rebalancing and a number of savings measures to reinforce budget discipline have been already taken.

"There should be no doubt that once economic rebalancing is achieved, our economy will be back on a more sound and sustainable footing and Turkey will keep growing strongly."

The statement issued by the U.S. Treasury said Gül and Soylu were targeted due to their "leading roles in the organizations responsible for the arrest and detention of pastor Andrew Brunson."

White House spokeswoman Sarah Huckabee Sanders also commented on the sanctions on Wednesday night, saying they reflected the U.S. belief that Brunson "is a victim of unfair and unjust attention by the government of Turkey."

Brunson, a Christian pastor from North Carolina who has lived in Turkey for more than two decades, was indicted on charges of helping the Gülenist Terror Group (FETÖ), which is responsible for the failed 2016 coup, as well as supporting the PKK terrorist organization.

Brunson was released and placed under house arrest on July 25 following an appeal by his lawyer, who objected to his extended detention in an earlier hearing, citing health problems the 50-year-old defendant suffers from. On Tuesday, a Turkish court rejected an appeal for Brunson to be released from house arrest during his trial.