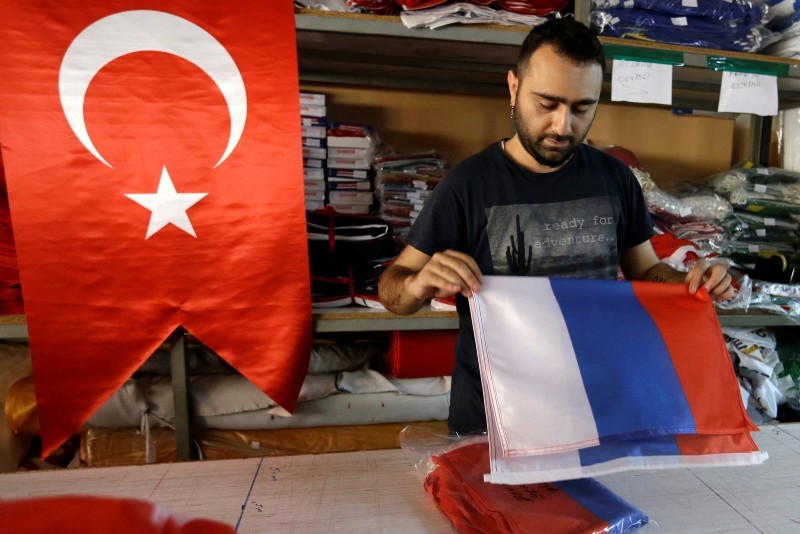 Amid booming relations with Moscow, Turkey has become Russia's fifth biggest trading partner in the first half of 2018, according to Russia's Federal Customs Service data released Tuesday.

As ultimately all trade barriers between the two countries were lifted, Turkey's exports to Russia soared 47 percent, while imports from Russia rose 36 percent.

China remained Russia's main partner in the first half of the year with $50 billion in trade volume, followed by Germany, the Netherlands and Belarus.

In the aftermath of the jet-downing crisis of November 2015, political ties and business connections between Turkey and Russia were severely affected, with Moscow imposing restrictions on Ankara, including banning the exports of certain agricultural products, revoking visa-free travel for Turkish citizens and levying restrictions on Turkish businessmen in the country.

In May 2017, Turkey and Russia signed a joint declaration to remove all trade restrictions between the two countries, fully restoring economic relations.