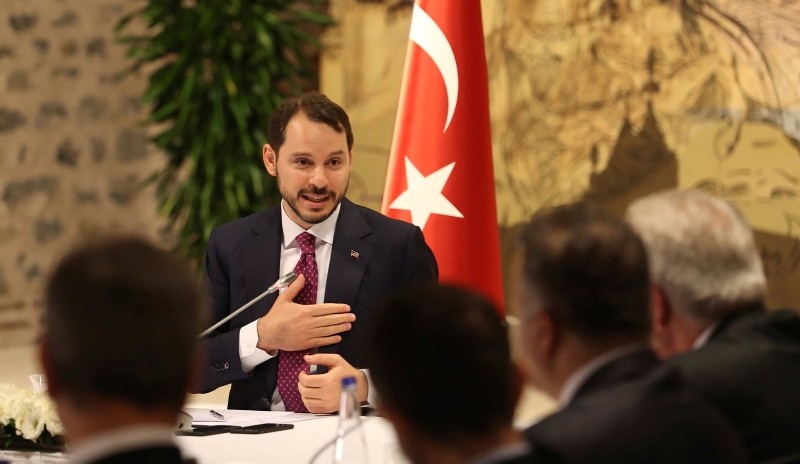 Treasury and Finance Minister Berat Albayrak is set to reveal the framework for a new economic model today.

The ministry in a statement said yesterday that discussions on the base parameters of the Medium-Term Program (MTP) with different sections of society were ongoing. It noted that the ministry held an important workshop attended by relevant stakeholders and academicians.

The MTP will consist of a strong policy union, while a set of measures will be planned to secure an economic growth of 3-4 percent in 2019 and reduce the inflation rate to single-digits within the shortest time possible, the press release said.

"It is expected that the current account deficit would be balanced around 4 percent," the ministry said.

It also stressed that the savings program initiated this year will continue in the midterm and that steps will continue to be taken to cut the budget deficit to around 1.5 percent of the country's gross domestic product (GDP).

"The Treasury's debt rollover ratio is to be reduced below 100 percent," the ministry said.

The statement also mentioned that the ministry targets a non-interest surplus of TL 5 billion ($927.3 billion) by end of 2018 through savings and income-generating measures.

"Until the end of the year, our main goal will be to meet these targets by taking action with regard to fiscal policies," the ministry noted.

The Turkish banking system is capable of managing financial fluctuations effectively thanks to its strong capital structure and balance sheet, according to the statement.

Contrary to speculations, Turkish banks and companies face no problems in terms of currency and liquidity, it said.

"We advise investors and our people to accredit the reports that reflect the real situation rather than rumors," it added.

Minister Albayrak said last week that the MTP will be unprecedented, more solid, production-based and growth-oriented.

"Structurally, there will be a very strong transformation process," he said, adding that the MTP will firmly support the target of a "great and strong Turkey."

Speaking of the new steps, Albayrak said that the inflation and interest rates were the primary goals of the government. "Our serious goal is to curb inflation by decreasing fluctuations in the market and reducing possible fragility," he said.