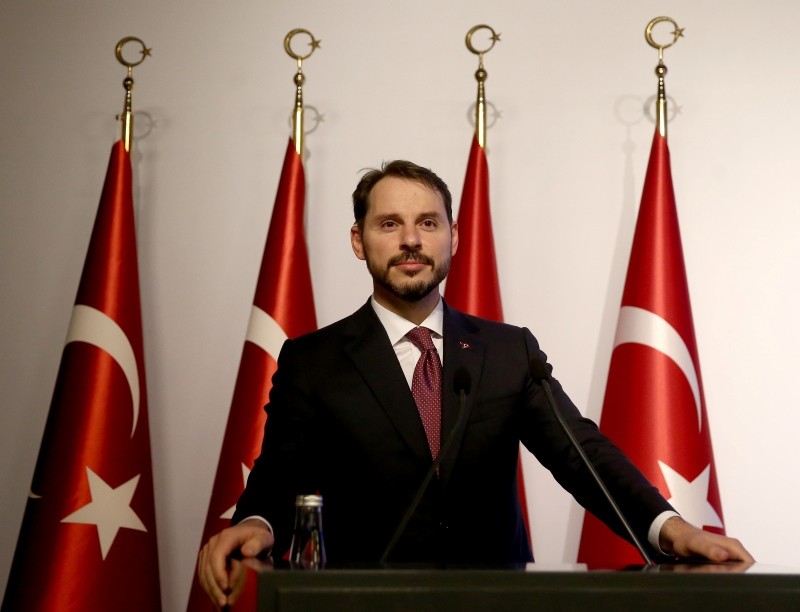 Turkey will adopt a new economic approach under its executive presidency, one that will be decisive, sustainable and based on a "strategic mentality", Treasury and Finance Minister Berat Albayrak said on Friday.

Albayrak made the comments at a presentation in Istanbul to announce and outline the economic plan. He said Turkey had to change in order to move up and become an upper-income economy.

The minister underlined that the independence of Turkey's central bank was extremely critical for the economy, adding there would be stronger budget discipline and a priority on structural reforms.

"One of our principles will be ensuring the full independence of monetary policy," he said

He also said Turkey has adopted very sensitive language on monetary policy and the central bank.

"Turkey does not see inflation and growth as alternatives to each other," he stated, adding that the next steps of economic rebalancing would entail lowering the current account deficit and improving trust.

Turkey has taken strong cost-cutting steps in the public sector to meet its year-end targets and has moved to secure 35 billion lira ($5.6 billion) through savings and increased revenue, the minister said.

He said there would be a "transformation" in the finance ministry with regards to taxation.

"We have taken strong cost cutting steps in the public sector to meet our year-end target," Albayrak added.

Meanwhile, President Recep Tayyip Erdoğan also expressed confidence over the situation in a rally in the northeastern Bayburt province before Albayrak's speech.

"We will not lose the economic war," Erdoğan said, calling on Turks to support their struggling currency.

"If you have dollars, euros or gold under your pillow, go to banks to exchange them for Turkish lira. This is a national struggle," he said.

"This will be my people's answer to those who declare economic war against us," he added.

Erdoğan also said Turkish people should not worry, saying "We also have measures to guard against all negative possibilities."

Criticizing what he called the "interest lobbies," he reiterated that they cannot defeat Turkey.

Erdoğan said the "waves of artificial financial instability" Turkey is being subjected to ignore its economic strength, as it faces "not a single problem" in macroeconomic data, producing power, or its banking system.