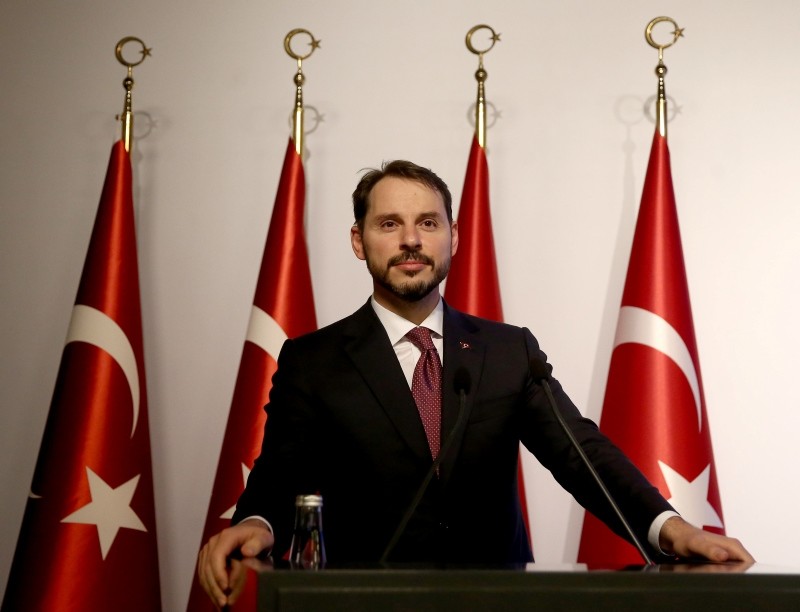 The Turkish lira has been targeted by U.S. President Donald Trump himself, and Turkey has prepared an action plan to soothe its volatility against the dollar, Treasury and Finance Minister Berat Albayrak said late Sunday.

"We will implement a necessary fiscal rule if circumstances require," Albayrak added.

"This is clearly an attack against the Turkish economy," he said.

During Sunday's meeting, President Recep Tayyip Erdoğan also said that the fluctuation in the Turkish lira is a plot against Turkey, but the Turkish people will not give in.

Referring to the recent U.S. tariffs on iron and steel, he said that Turkey is a member of the World Trade Organization (WTO) and there was no such thing in WTO rules.

Earlier Saturday, Erdoğan said that Turkey was preparing to increase trade with its top trade partners such as China, Russia, Iran and Ukraine in local currencies instead of the U.S. dollar, adding that it was also ready to do the same with European countries.