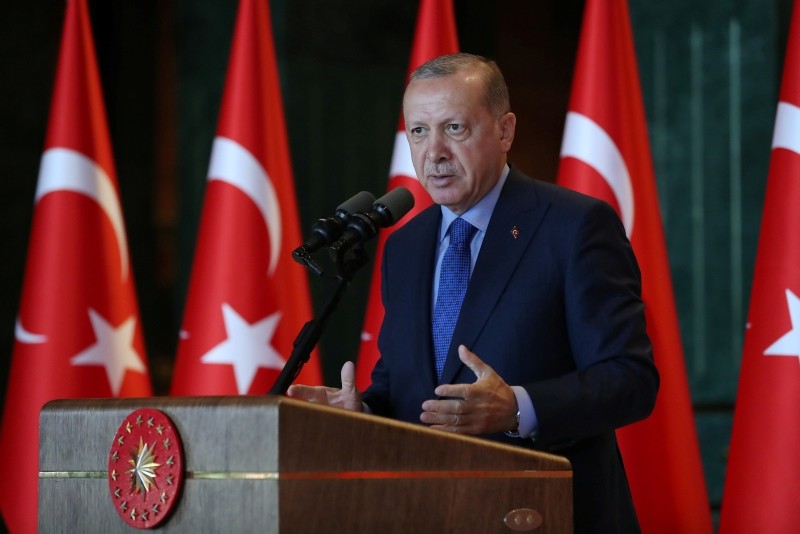 Turkey has "solid and strong" economic dynamics in the face of the recent "economic siege" on the country, President Recep Tayyip Erdoğan said on Monday.

"Turkey's economic dynamics are solid, strong and intact, and they will continue to be intact," Erdoğan told Turkish ambassadors in an address at the presidential complex in the capital Ankara.

"Turkey is under siege in the economy, as in other areas," said Erdoğan in his address.

Relations between the countries soured after Trump threatened to impose sanctions on Turkey over terror-linked American Pastor Andrew Craig Brunson, who was arrested in the Aegean province of Izmir in December 2016.

Brunson was charged with committing crimes, including spying for the PKK -- listed as a terrorist group by both the U.S. and Turkey -- and the Gülenist Terror Group (FETÖ), the group behind the defeated coup attempt of July 2016.

Turkish prosecutors are seeking 15 years in prison for Brunson for committing crimes on behalf of terrorist groups without being a member, with up to 20 years for political or military espionage.