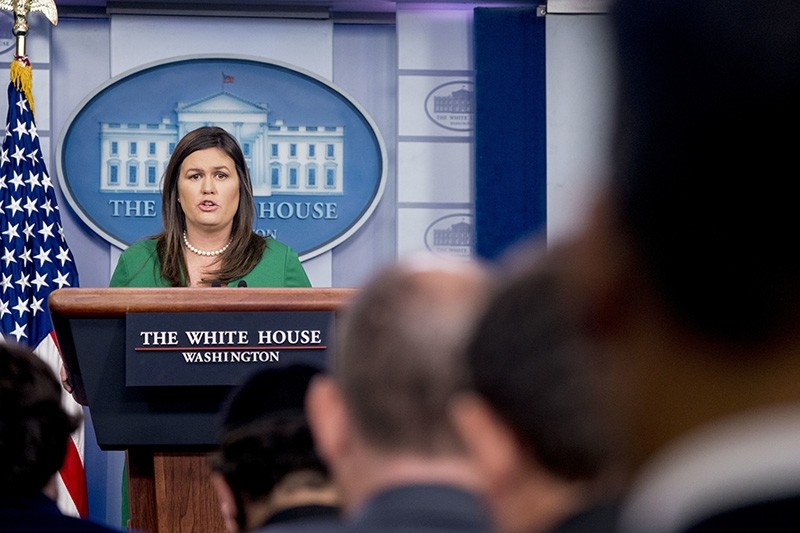 The White House said Wednesday that Turkey's tariff increases on U.S. products in response to U.S. sanctions on Ankara were "regrettable" and "a step in the wrong direction."

White House Press secretary Sarah Sanders claimed that while U.S. tariffs on Turkey were "out of national security interests," Turkey's were "out of retaliation."

Turkey on Wednesday doubled tariffs on several U.S. products, including alcohol and tobacco products and cars. Import tariffs on alcohol will be 140 percent and 120 percent on automobiles. The tariffs on cosmetic products were increased by 60 percent.

Sanders also said that tariffs on steel imports from Turkey would not be removed if U.S. terror-linked pastor Andrew Brunson were released, but Washington would consider lifting sanctions.

When asked about the tariffs impact on the Turkish currency, she said Washington is "monitoring the situation."

President Erdoğan said Tuesday that Turkey will impose a boycott against U.S. electronic products amid an ongoing and deepening rift between the two NATO allies over a number of issues.

Serving at the Diriliş (Resurrection) Protestant Church in the western province of İzmir, Brunson was arrested in October 2016 and moved to house arrest on July 25 due to health problems. He is scheduled to appear before a court in October for his third hearing after the court rejected an appeal for his release in a July 18 hearing.