Despite Trump's tariffs and growing competition, Turkish steel remains attractive for other markets 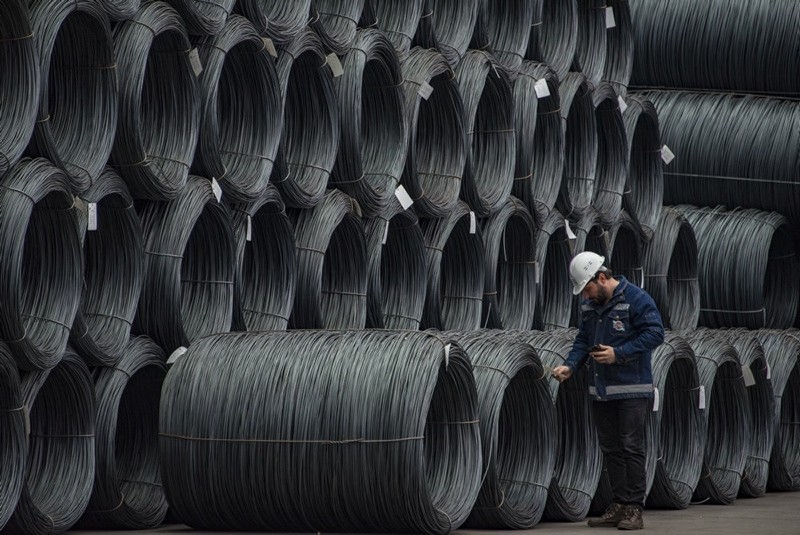 Although the U.S. tariffs, which were imposed to add pressure on Turkey to release terror-linked American pastor Andrew Brunson, have affected Turkey's exports, global demand for steel is surging and a currently weaker lira is making Turkish steel an attractive buy.

This is where Turkish steel exports could come into play, analysts say as steel is a highly liquid market with growing demand.

"Global demand is strong enough that it can serve as a mitigating factor, offsetting Turkish volatility," Seth Rosenfeld, an analyst at Jefferies International told Bloomberg, adding that there was enough demand to shift Turkish exports elsewhere.

The U.S. was Turkey's biggest export market for steel last year, though exports have fallen since because of tariffs.

However, despite U.S. tariffs on steel, exports in the sector grew by 26.7 percent to $8.4 billion in the first seven months of this year compared to $6.6 billion in the same period of 2017.

In this period, the highest increase in steel sector exports was recorded to Italy $659.9 million, showing that Turkey has started to drift away from the U.S. market, favoring Europe instead. Consequently, the biggest decrease was seen in steel exports to the U.S. which currently stands at $552.1 million, a decline of $250.4 million.

Meanwhile, Turkey also currently ranks second in Europe in terms of production, while it is also included in the top 10 countries in exports. Exporting to 200 countries and ranking eighth in the world in production, Turkey's steel production capacity stands at 50 million tons.

Even though Europe grows increasingly protectionist, such as implementing tariffs of 25 percent to volumes exceeding quotas, Turkish steel is likely to have the upper hand in European markets with "fairly-priced and high-quality steel."

"European safeguard measures should be sufficient to dissuade a surge in imports, but within that quota, various countries such as Turkey, India, China and Russia can compete for market share," said Rosenfeld. "With current currency tailwinds, Turkey may be able to take more share because it has a more competitive cost base."

Tensions between Turkey and the U.S. have grown because of the continued imprisonment of pastor Brunson, who is being tried on espionage and terrorism-related charges.

On Aug. 1 relations between Ankara and Washington nosedived when the U.S. imposed sanctions on two Turkish cabinet ministers for not releasing pastor Brunson.