Trudeau will only sign NAFTA deal that's 'good for Canada' 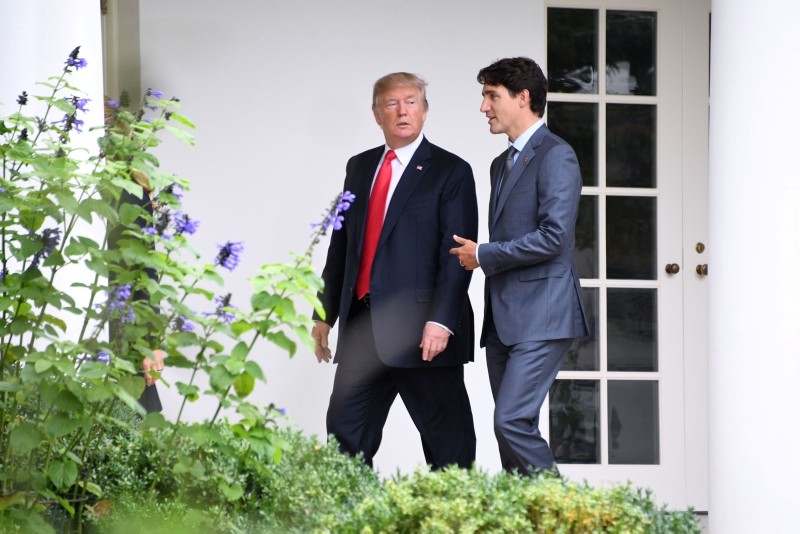 Canadian Prime Minister Justin Trudeau said Tuesday he would sign a revamped continental trade agreement that is "good for Canada," after the United States and Mexico hammered out their differences to reach a tentative accord.

"We will engage in a positive way and look forward to ultimately signing a deal as long as it's good for Canada and good for middle class Canadians," Trudeau said during a visit with local business leaders in Quebec.

He heralded "very positive progress" on auto trade provisions reached by the US and Mexico, but flatly rejected US demands to dismantle or greatly open up access to Canada's supply-managed dairy market in a revamped North American Free Trade Agreement (NAFTA).

The Canadian government effectively sets production quotas and the price of milk, which ends up costing consumers a bit more but provides farmers with a stable income.

The system has been in place since the 1970s and has survived several attempts to undo it -- as well as the prohibitive tariffs that limit foreign imports.

As he spoke, Canadian Foreign Minister Chrystia Freeland arrived in Washington to rejoin trilateral trade negotiations, after interrupting a trip to France, Germany and Ukraine.

Trudeau's senior political advisor Gerald Butts was also in Washington for the talks.

After months of intense negotiations, the United States and Mexico announced an agreement Monday on a thorough overhaul of the 25-year-old free trade pact, but President Donald Trump suggested he could cut Ottawa out.