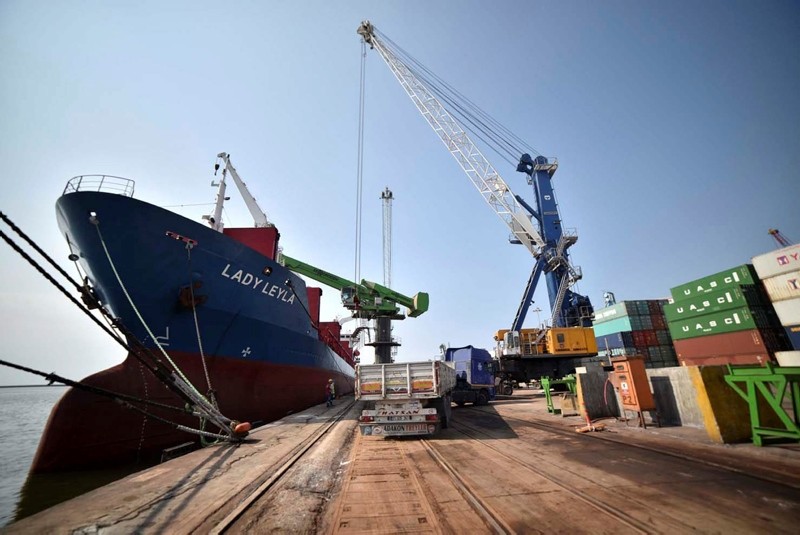 Last month, the country's exports amounted to $14.07 billion with an 11.6 percent annual hike, while imports totaled $20.05 billion with a 6.7 percent decrease, compared with July 2017, the Turkish Statistical Institute (TurkStat) said.

The institute noted that from January to July this year, exports were $96.27 billion – up 7 percent on a yearly basis – and imports were some $143 billion with an annual hike of 10.2 percent.

According to official figures, the seven-month trade balance showed a deficit of $46.75 billion, up 10.2 percent over the same period last year.

The statistical authority noted that the main partner for exports was Germany with $1.29 billion last month – followed by the United Kingdom with around $1 billion, the U.S. with $850 million and Italy with $750 million.

Official data showed that the ratio of manufacturing industries products in total exports was 94.9 percent in July, amounting to $13.36 billion.

The institute said the ratio of manufacturing industries' products in total imports was 78 percent last month, noting that the intermediate goods claimed the top spot with 75.8 percent in Turkey's overall imports.