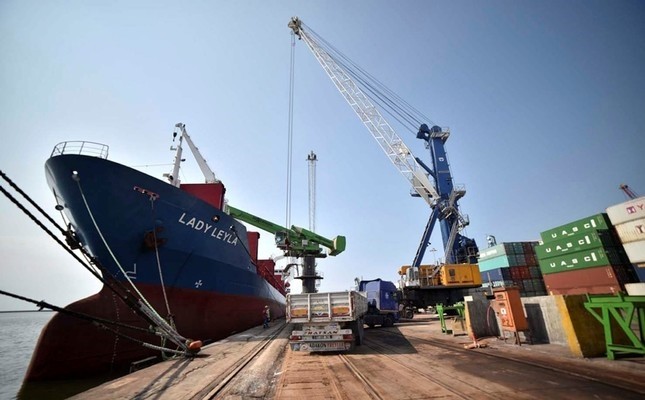 According to the preliminary data, exports reached $12.38 billion in August, with a decline of 6.49 percent compared to the same month previous year, while imports totaled $14.87 billion with a sharp drop of 22.38 percent, the ministry announced. Foreign trade volume dropped by 15.88 percent.

The coverage ratio of exports to imports reached 83.3 percent in August, up from 70.2 percent in July.

Top export destination in August was Germany with $1.129 billion, followed by the U.K. with $912 million and Iraq with $650 million.

In a written statement, Exporters Assembly of Turkey (TIM) Chairman Ismail Gülle said that exports would increase by 10 percent if the Qurban Bayram holiday was not nine days. "We will cover the loss that had taken place in August due to less workdays in September. We foresee double digit export increase in October, November and December," he said.

Exports to the EU, Turkey's main trade partner, decreased by 6.1 percent to $5.6 billion due to four workdays missing in August, Gülle said, expressing hopes for closer ties with the EU after the recent Reform Action Group meeting.

Gülle noted that the Turkish lira was used only 4.7 percent in exports and this rate should be increased to protect TL's value and protect markets from currency fluctuations.

Exports reached 219 countries in August with 96 markets showing an increase, Gülle said, adding that exports to Russia increased by 16 percent to reach $273 million amid high-level talks between the two countries' ministries and there would be higher volumes in trade with Russia after the expected visa exemption for Turkish businessmen.

Since January and amid a rise in protectionist policies, Turkish exports to Latin America, Africa and Southeast Asia has increased by 30 percent on average, he said.