China to give $60 billion in financial support to Africa, Xi says 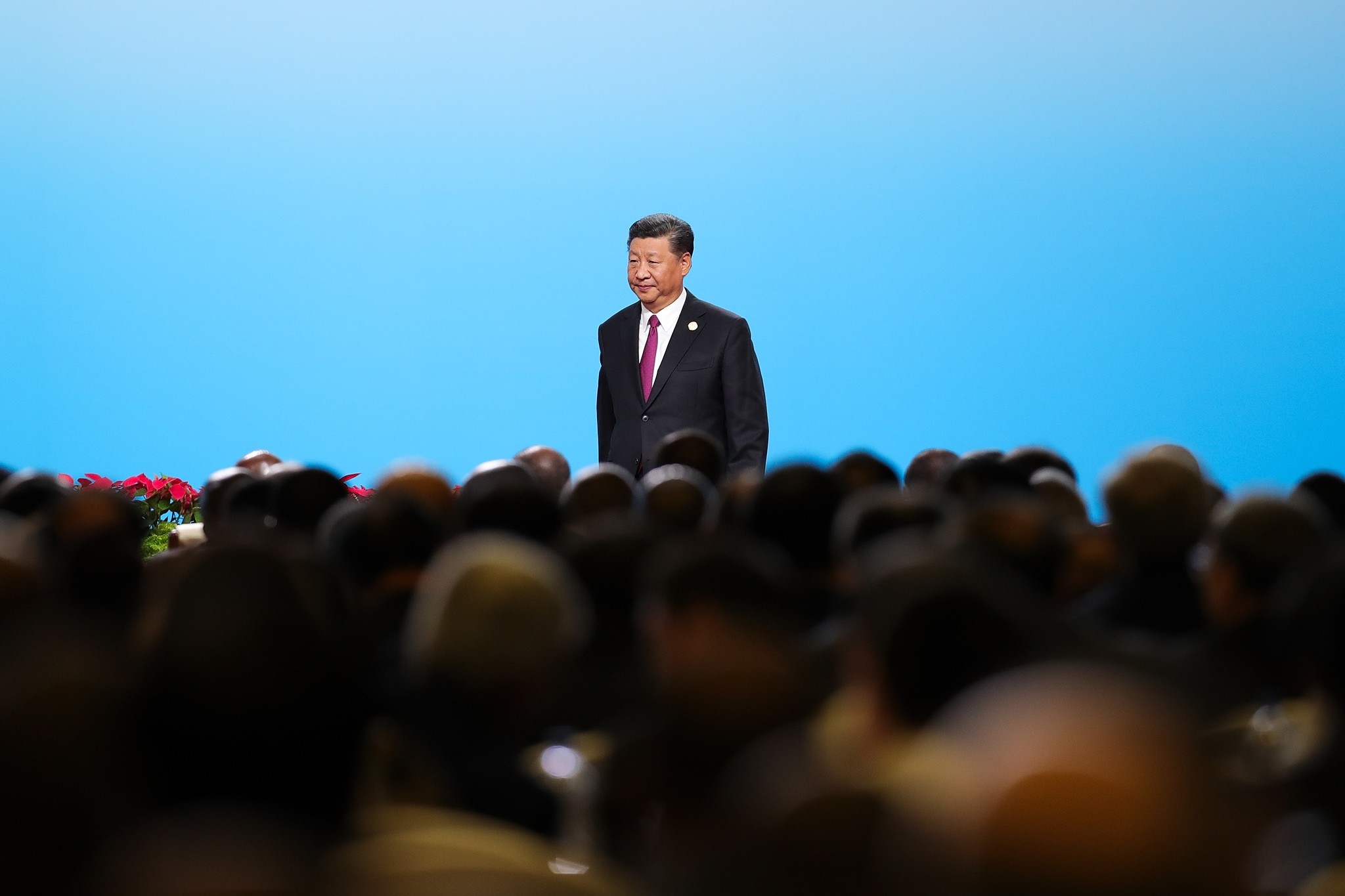 China's President Xi Jinping attends opening ceremony of dialogue between Chinese and African leaders and business representatives ahead of the 6th Forum of China-Africa Cooperation in Beijing on Sept. 3, 2018. (AFP Photo)
by Compiled from Wire Services Sep 03, 2018 12:00 am

China will provide $60 billion in financial support to Africa, President Xi Jinping said Monday at the opening of a major China-Africa summit.

The support will be provided in the form of government assistance as well as investment and financing by financial institutions and companies, Xi said in a speech carried live on state television.

Xi told African counterparts and business leaders Monday that China's investments on the continent have "no political strings attached," even as Beijing is increasingly criticised over its debt-heavy projects abroad.

The two-day China-Africa summit is expected to focus on Xi's cherished Belt and Road initiative, a global trade infrastructure program.

The massive scheme is aimed at improving Chinese access to foreign markets and resources, and boosting Beijing's influence abroad.

It has already seen China loan billions of dollars to countries in Asia and Africa for roads, railways, ports and other major infrastructure projects.

But critics warn that the Chinese leader's pet project is burying some countries under massive debt.

"China's investment in Africa comes with no political strings attached," Xi told a high-level dialogue with African leaders and business representatives hours before the Forum on China-Africa Cooperation (FOCAC).

"China does not interfere in Africa's internal affairs and does not impose its own will on Africa," he said.

"China's cooperation with Africa is clearly targeted at the major bottlenecks to development. Resources for our cooperation are not to be spent on any vanity projects, but in places where they count the most."

But Xi admitted there was a need to look at the commercial viability of projects and make sure preparations are made to lower investment risks and make cooperation "more sustainable."

Belt and Road, Xi said, "is not a scheme to form an exclusive club or bloc against others. Rather it is about greater openness, sharing and mutual benefit."

A study by the Center for Global Development, a U.S. think-tank, found "serious concerns" about the sustainability of sovereign debt in eight Asian, European and African countries receiving Belt and Road funds.

"Another perspective... is that those criticizing China on debt give too little," said Kagame in an interview with the official Xinhua news agency.

At the last three-yearly gathering in Johannesburg in 2015, Xi announced $60 billion of assistance and loans for Africa.

Nations across Africa are hoping that China's enthusiasm for infrastructure investment will help promote industrialization on the continent.

Nigerian President Muhammadu Buhari will oversee the signing of a telecommunication infrastructure deal backed by a $328-million loan facility from China's Exim bank during his visit, his office said.

Xi said Belt and Road complies with international norms, and China "welcomes the participation of other capable and willing countries for mutually beneficial third-party cooperation."

China would be happy to help Africa upgrade its customs and commodities inspection facilities and provide supplies and equipment to improve trade connectivity with the continent, the Chinese leader added.

He also voiced hope that Chinese and African companies could find new ways to cooperate in the field of technology.

South African President Cyril Ramaphosa, who spoke after Xi, said FOCAC should be strategic and "build links between dignity, work opportunity and economic security for all our people."

Ramaphosa warned that the benefits of globalization have not been equally distributed between countries, resulting in a "fractured world where some powers are prone to unilateral and protectionist measures."

China has provided aid to Africa since the Cold War, but Beijing's presence in the region has grown exponentially with its emergence as a global trading power.

While relations between China and African nations are broadly positive, concerns have intensified about the impact of some of China's deals in the region.

Djibouti has become heavily dependent on Chinese financing after China opened its first overseas military base in the Horn of Africa country last year, a powerful signal of the continent's strategic importance to Beijing.

Locals in other countries have complained about the practice of using Chinese labor for building projects and what are perceived as sweetheart deals for Chinese companies.

The concerns are likely to grow as countries in other parts of the world -- especially Southeast Asia -- begin to question whether Chinese aid comes at too high a price.

On a visit to Beijing in August, Malaysian Prime Minister Mahathir Mohamed announced he was shelving a series of Chinese-backed infrastructure projects worth $22 billion in total.