Trump riled after unions head accuses him of hurting US workers 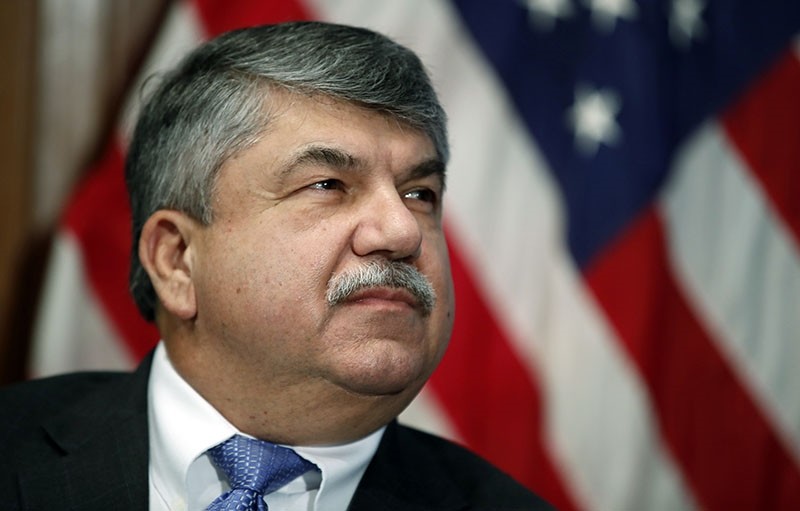 As U.S. president, Donald Trump has done more to hurt American workers than to help them, the head of the country's largest union federation said Sunday.

Trumka, who represents more than 12.5 million Americans, predicted union workers would choose Democratic candidates in the November mid-term elections based on the president's economic track record.

Despite falling unemployment figures, wages are also declining and gas prices are on the rise, Trumka pointed out. "So overall, workers aren't doing as well," he said.

And, in spite of Trump's big talk, he "hasn't come up with an infrastructure program that could put a lot of us back to work," Trumka said.

"He overturned some health and safety regulations that will hurt us on the job," he said, adding that Trump also killed an Obama administration Labor Department regulation that could have given overtime benefits to nearly 5 million workers.

The comments didn't slip past Trump, known for being an avid Fox News watcher.

He started off his Monday with a Twitter rebuttal:

"Richard Trumka, the head of the AFL-CIO, represented his union poorly on television this weekend. Some of the things he said were so againt [sic] the working men and women of our country, and the success of the U.S. itself, that it is easy to see why unions are doing so poorly. A Dem!"

The tweet made it out even before a courtesy "Happy Labor Day!" tweet, boasting over the same issues Trumka bashed.

"Our country is doing better than ever before with unemployment setting record lows. The U.S. has tremendous upside potential as we go about fixing some of the worst Trade Deals ever made by any country in the world. Big progress being made!"

Labor Day is observed on the first Monday of September in the United States.

Talks between U.S. and Canadian trade officials broke down Friday after the Toronto Star published off-the-record comments Trump made during a Bloomberg interview. The president was quoted as saying he wouldn't make any concessions in the negations with Canada.

An infuriated Trump then fired back, demanding an apology from Bloomberg, who has denied leaking the quotes.

U.S.-Canadian talks over the 25-year-old trade pact are set to resume on Wednesday.