Top retailers welcome gov't call for use of Turkish lira in property sales, rentals at malls 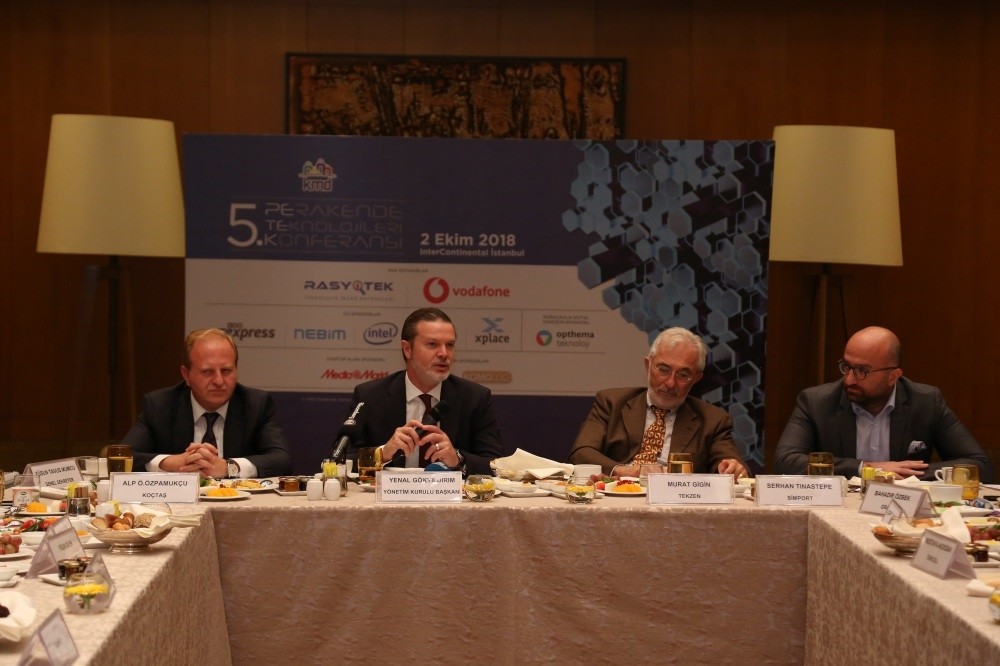 Representatives of the biggest retail brands in Turkey praised the latest decision by the government to end the era of leasing and sales of real estate with foreign currency, saying they expect the rapid implementation of the decision

Over the last few years, representatives of the main players of the retail sector in Turkey have repeatedly been asking for the end of foreign currency indexed rent at shopping malls. Their call had become more frequent recently due to the high volatility in exchange rates. The Turkish economy administration has answered with its decision to promote the use of the Turkish lira in commercial property rentals and sales at numerous malls across the country, particularly in metropolitan cities. The government's step found major support from local and international retailers in Turkey as they look forward to the fast implementation of the decision.

Treasury and Finance Minister Berat Albayrak announced at the end of last month that strong countries like Turkey should leave the problem of dollarization behind, and that the government will take steps to prevent foreign currencies from being used for real estate purchases and mall rent and sales.

As many of the shopping mall investments in Turkey were financed with dollar or euro loans, the owners have seen their debt burden rise with the recent volatility in the exchange rate.

The Turkish lira has depreciated more than 45 percent against the U.S. dollar since the beginning of this year and most of this loss occurred in August with the escalation of a diplomatic crisis between Turkey and the U.S.

Gökyıldırım, along with other leading retail sector professionals, came together with press members prior to the 5th Retail Technologies Conference, which will be held by KMD on Oct. 2.

In an exclusive interview with Daily Sabah, he said they were in close contact with the government and that they have made some suggestions regarding the issue.

"With the support of the government, these shopping malls could be provided with financing with a model similar to the Credit Guarantee Fund so that they can close their foreign debts and start renting their stores with lira," he added. Gökyıldırım emphasized that they are looking for solutions in the face of the rising exchange rates and the rising costs that have an important place in the retail sector agenda and added that the technology is also important.

Recalling that the Central Bank of the Republic of Turkey (CBRT) will announce its interest rate decision tomorrow, Gökyıldırım noted the situation will further normalize with the steps to be taken by the bank at the meeting.

d the action that will be taken to end the era of leasing and sales of real estate and rent in shopping malls with foreign currency.

Noting the importance of such a decision, he said Turkey should degrade the dollarization issue, with rents in shopping malls being the starting point.

Özpamukçu said that they expect the application to be put into action as soon as possible.

Elaborating on the recent fluctuations in the exchange rates, he said, "We are all like-minded that it is not the right and natural exchange rate."

The KDM deputy chairman also suggested that the recent developments could be seen as an opportunity as well.

"The retail sector is a very big ecosystem. We have thousands of suppliers; we have banks and logistics networks. This is all a one big ecosystem. We could have our suppliers develop substitute goods instead of goods we import. Local brands could also be provided with help to open abroad with support and connections we have with retailers abroad. Lastly, projects that would decrease the mediators, which would provide a direct connection between the producer and consumer, could also be developed. If a government could create an incentive for the projects considering these three issues, it would highly contribute and develop the productivity of Turkey and trigger its exports. A structural opportunity that would decrease the inflation could come out as a result of these developments," he said.

The political rift between Ankara and the Washington escalated with the case of pastor Andrew Brunson who is being tried by the Turkish judiciary because of his links with the Gülenist Terror Group (FETÖ) and PKK, a Kurdish separatist armed group designated as a terrorist organization by the U.S.

He is currently on house arrest in Turkey's İzmir province, which has led Trump to wage an economic war against Turkey by imposing sanctions on the country's ministers and additional tariffs on imports.

Instead of taking steps to avert a collapse in ties, Trump said on Aug. 10 he had authorized higher tariffs on imports from Turkey. He imposed a 20 percent tariff on aluminum and a 50 percent tariff on steel, a move that further stoked tensions.

KMD Chairman Gökyıldırım also pointed to the importance of the retail sector for Turkey and said the government was aware of it, informing that KMD members created 165,000 jobs at 6,000 sales points across Turkey and had a turnover of TL 82.5 billion ($12.75 billion).

He stated that solutions presented at the Retail Technologies Conference could be useful while evaluating cost-cutting studies.

Gökyıldırım said that, while following innovations in technology, they aim to bring innovations to the content of the conference every year, adding that they reserve a special place for start-up companies for this purpose.

Indicating that they will include start-up projects as an innovation this year, Gökyıldırım noted, "We believe that start-up projects are very effective in the development and expansion of technological solutions. Most of these projects, which come from brilliant ideas, can be used and developed in different fields as well as in our sector. They can lead to increased productivity and even develop very different versions and enter our daily life."