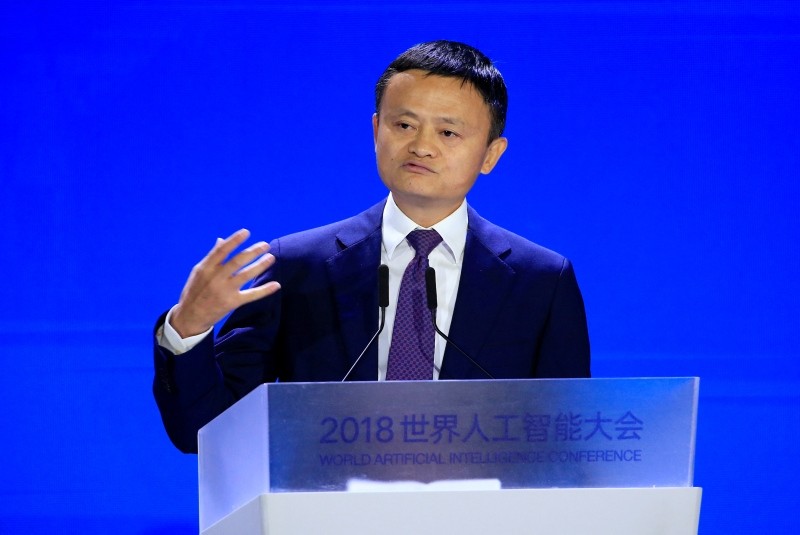 Speaking at an investor day conference in Hangzhou, Ma said China should focus on strengthening its economic ties with countries in Southeast Asia and Africa, and depend less on the U.S. in order to deal with the trade dispute.

Saying that there is no short term solution to the tariff war between the world's biggest two economies, Ma made a grim forecast and said business communities in China, the U.S., Europe will all be in trouble if the war continues.

Alibaba is no exception and would suffer from the effects of the trade war, however the crisis would also present new opportunities for the company to capitalize, Ma said.

Reiterating the need to focus on long-term plans instead of short-term ones, Ma called the growing dispute a "huge opportunity" and said: "If Alibaba cannot sustain and grow, no company in China can grow. I'm 100 percent confident in that."

Trump threatened to raise the stakes again if Beijing should retaliate, adding a further $267 billion in Chinese imports to the target list. That would raise the total to $517 billion — covering nearly everything China sells the United States.

China retaliated by announcing about $60 billion worth of U.S. goods on Tuesday.

Last week, Jack Ma said he will step down as the company's chairman next September. Ma will be succeeded by CEO Daniel Zhang, an 11-year veteran of the company.

Analysts said the early withdrawal of Ma, the charismatic face of a company that has revolutionized how and what China's people consume, will challenge Alibaba to carry on Ma's vision amid rising competition.