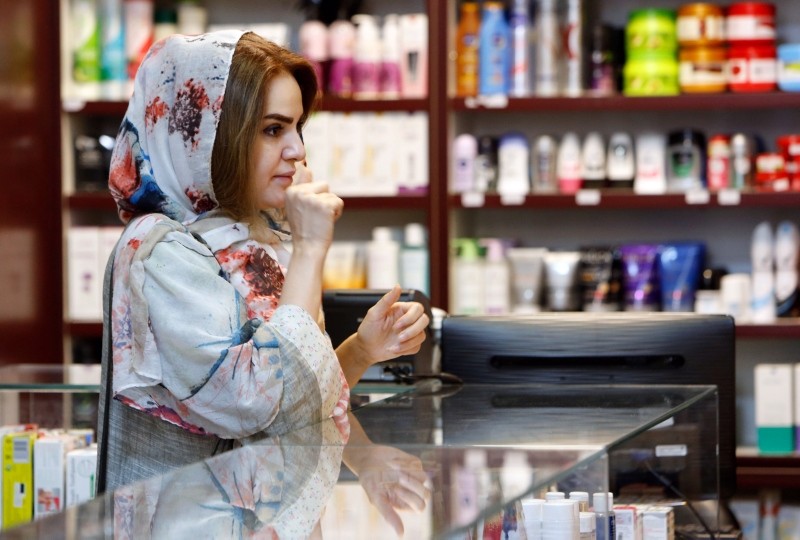 "Turkish products are very favorable and admirable in Iran. Our goods have made a great name for themselves," Fatih Çayabatmaz said. "They say, 'If you want European goods, there are Turkish goods.'"

Due to Turkey's innovation in the industrial and machinery industries, as well as the quality and brand of Turkish goods, Iranian markets prefer products imported from Turkey rather than products from European countries, China, Korea or Taiwan.

Çayabatmaz said the United States' trade war and sanctions on Iran could actually lead to better trade opportunities with Turkey.

"In fact, by evaluating the gap, we can turn this into an opportunity to continue our trade with Iran," he said.

Çayabatmaz explained that if Turkish companies don't have loan transactions or debtor-creditor relationships with the banking systems, they can trade freely without being affected by embargos.

He stressed the need to overcome customs duties, which are quite high because Iran is not a member of the World Trade Organization (WTO).

"Turkey granted exemption from customs duty on 150 items to Iran, and Iran did the same," he said, citing a preferential trade agreement signed by the two countries in 2014. "Our biggest demand is to increase these items and to reach a free trade agreement in the future."

In 2017, Iran's trade with Turkey reached $10.75 billion, an 11.24 percent increase compared to 2016, according to data from the Turkish Statistical Institute.

President Recep Tayyip Erdoğan's economically-focused visit to Tehran in October 2017 led to the signing of an agreement between the country's central banks to do business in national currencies.

The move considerable reduced costs for traders from both countries as they no longer need to use intermediate currencies.

Due to the severe depreciation of the rial, Iran is using a fixed exchange rate system for the first time in the country's history.

The first stage of U.S. sanctions against Iran – which came after President Donald Trump withdrew from the nuclear agreement with Tehran – have significantly affected the automobile, metal and various other sectors since coming into effect in August. The second stage, scheduled for November, is expected to hit the country's petrol industry.

On Wednesday, the International Court of Justice ordered the United States to lift sanctions on "humanitarian" goods to Iran, including medicine, food, agricultural goods and airplane parts.