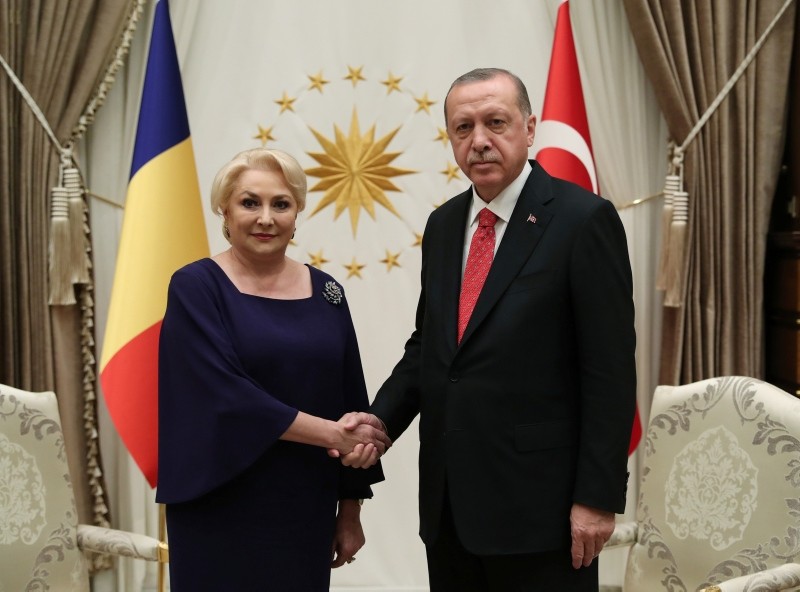 "Over 15,000 Turkish companies are active in Romania, which operate in the fields of banking, media, construction and production. We will continue to support their investments in Romania," the president said.

Touching upon the European country's cooperation with Turkey in the aftermath of the botched coup attempt of July 15, 2016, Erdoğan added that the government is in touch with Romanian officials regarding the steps to eliminate the activities of the Gülenist Terror Group (FETÖ) which orchestrated the attempted takeover.

In their meeting, Erdoğan and Dancila discussed bilateral relations, as well as regional and international issues. They also exchanged views on bilateral cooperation, according to the president's office.

"The talks, due to be held within the framework of the visit, constitute an important opportunity to enhance Turkish-Romanian relations, which were raised to the level of a strategic partnership in 2011," a Turkish presidential statement said.

Relations between Turkey and EU was also discussed with Romanian officials, which is set to take over the rotating presidency of the Council of the EU on Jan. 1.