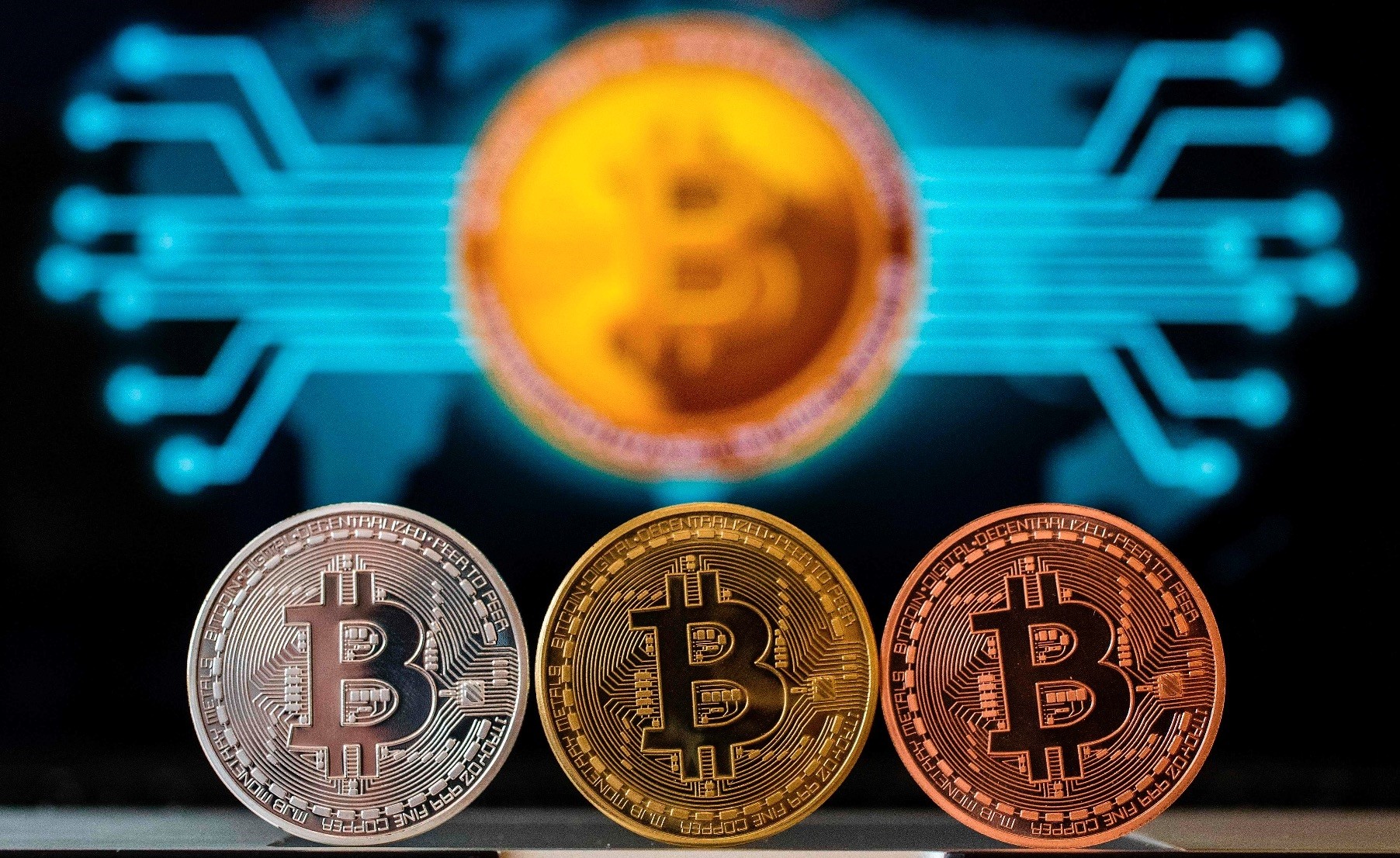 A visual representation of the digital crypto-currency bitcoin, at the u201cBitcoin Changeu201d shop in the Israeli city of Tel Aviv.
by Oct 24, 2018 12:00 am

Currently worth about $6,400 per unit from a starting point of virtually zero, bitcoin was meant to be for a peer-to-peer version of electronic cash that would allow online payments without going through a financial institution

Oct. 31, 2008 marked the birth of bitcoin. Ten years on, the world's first cryptocurrency is at the forefront of a complex financial system viewed warily by markets and investors. From its first evocation amid a global financial crisis, in a white paper written by Satoshi Nakamoto, an unknown pseudonym, bitcoin conveyed a political vision. The "abstract" set out in the paper for bitcoin, currently worth about $6,400 per unit from a starting point of virtually zero, was for "a purely peer-to-peer version of electronic cash (that) would allow online payments to be sent directly from one party to another without going through a financial institution."

A decade on, this continues to be carried out via a decentralized registry system known as a blockchain. Such ambition for a cryptocurrency was fueled by the bankruptcy of U.S. investment bank Lehman Brothers in September 2008, an event that discredited the traditional system of "a small elite of bankers... (that) establishes monetary rules imposed on everybody," according to Pierre Noizat, founder of the first French bitcoin exchange in 2011. Following its creation, bitcoin evolved for several years away from the public eye, grabbing the attention for the most part of geeks and criminals - the latter seeing it as a way to launder money. After bitcoin surpassed $1,000 for the first time in 2013, it began to attract the attention of financial institutions. The European Central Bank compared it to a Ponzi scheme, but Ben Bernanke, then head of the U.S. Federal Reserve, hailed its potential. In early 2014, the cryptocurrency faced its biggest crisis to date, with the hacking of the Mt. Gox platform, where about 80 percent of all bitcoins were traded. The result was a collapse in their value, leading to predictions of the virtual currency's death.

It took until early 2017 for bitcoin's price to fully recover. That marked the start of a "turning point" according to Noizat, as the controversial cryptocurrency then rocketed to more than $19,500 by the end of the year according to Bloomberg data. That meant bitcoin had a total capitalization of more than $300 billion, according to the specialized website Coinmarketcap. By January 2018 the value of all cryptocurrencies exceeded $800 billion, before the bubble burst. The concept of a digital currency has progressed substantially thanks to bitcoin, cryptocurrency analyst Bob McDowall told Agence France-Presse (AFP), pointing to the creation of 2,000 rivals. "It becomes more than a technological, economic innovation. It almost becomes a religion for some people," he noted. According to Anthony Lesoismier, co-founder of investment fund Swissborg which offers portfolios based on blockchain, "the real revolution has been on a philosophical level." But for economist Nouriel Roubini, decentralization in crypto is a myth.

"You need 20 years for this kind of... technology to take hold completely," said Noizat, who is banking on faster transaction speeds for bitcoin. As it stands, about five to ten bitcoin transactions can be processed per second compared with several thousand for Visa cards. Looking ahead, U.S. market regulators are considering applications for bitcoin-based exchange-traded funds, which if approved by the Securities and Exchange Commission (SEC) would see the virtual currency become part of a financial system it set out to bypass.

"We must cross some bridges in the short term" to generate the general public's interest and trust, said Lesoismier, who described himself as both an "idealist" and "realist."