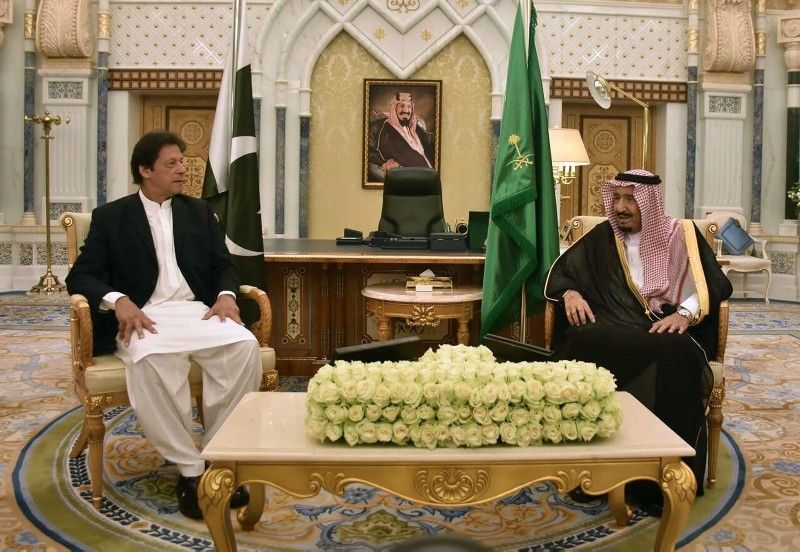 Pakistan said Saudi Arabia will provide a $6 billion package of loans and deferred payments in an effort to resuscitate Islamabad's flagging economy, struggling under the weight of a whopping $18 billion deficit.

The deal was signed Tuesday by Pakistan's Finance Minister Asad Umar and his Saudi counterpart, Muhammad Abdullah Al-Jadaan, on the sidelines of an international investment forum underway in the kingdom.

Pakistan's foreign ministry said the Saudi aid gives Pakistan an immediate $3 billion to bolster its foreign exchange reserves. At the end of one year, it's to be returned to Saudi Arabia. Pakistan will also get $3 billion in oil imports on a buy-now-pay-later basis.

Pakistan's main stock market index shot up 3.3 percent in early trading on the news of the Saudi help.

"Yes, we are going ahead into program negotiations with (IMF) in the first week of November," Noor Ahmed, spokesman for the ministry, told Reuters in a text message.

Prime Minister Imran Khan said this week Pakistan was seeking help from "friendly nations", which is usually a reference to close allies Saudi Arabia and China, to go with any IMF program.

Khan is due to travel to China in the first week of November, where he is expected to seek further assistance.