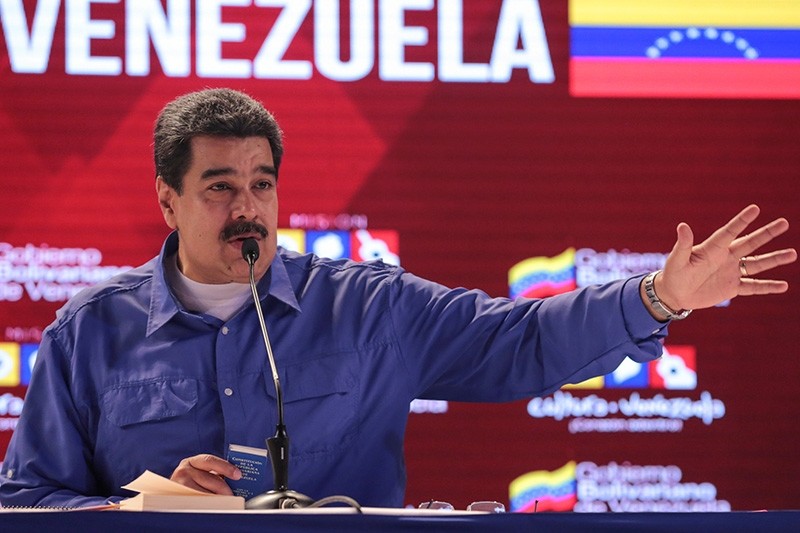 The White House imposed "tough" new sanctions against Venezuela on Thursday, denouncing Caracas as being part of a "troika of tyranny" that also included Cuba and Nicaragua.

National Security Advisor John Bolton told an audience in Miami the sanctions would particularly target Venezuela's gold sector, which "has been used as a bastion to finance illicit activities, to fill its coffers and to support criminal groups."

Bolton promised a tough stance by the Trump administration toward "dictators and despots near our shores" and singled out Venezuela, Cuba and Nicaragua in a speech in Miami, which is home to large numbers of migrants from Cuba and Venezuela.

He spoke days before U.S. elections next week that include close races for a Senate seat and the governorship in Florida. His remarks were likely to be well received by those Cuban-Americans and other Hispanics in Florida who favor stronger U.S. pressure on Cuba's Communist government and other leftist governments in Latin America.

In his prepared remarks for the speech, Bolton said President Donald Trump had signed an executive order to ban U.S. persons from dealing with entities and individuals involved with "corrupt or deceptive" gold sales from Venezuela.

"Many of you in the audience today have personally suffered unspeakable horrors at the hands of the regimes in Cuba, Venezuela, and Nicaragua, only to survive, fight back, conquer, and overcome," Bolton said in his prepared remarks.

"The troika of tyranny in this hemisphere - Cuba, Venezuela and Nicaragua - has finally met its match," he said.

Bolton spoke at Freedom Tower - a building where Cuban refugees were welcomed in the 1960s following Fidel Castro's revolution - a day after Trump campaigned in Florida for Republican candidates in tight Senate and gubernatorial races.

Florida has traditionally been a swing state and former President Barack Obama was scheduled to rally Democrats in Miami on Friday ahead of the Nov. 6 elections.

Trump has taken a harder line on Cuba after Obama sought to set aside decades of hostility between Washington and Havana. He has rolled back parts of Obama's 2014 detente by tightening rules on Americans traveling to the Caribbean island and restricting U.S. companies from doing business there.

On Thursday, the U.S. State Department added more than two dozen entities to a list of Cuban organizations associated with country's military and intelligence services, Bolton said in his prepared remarks. U.S. persons and companies are banned from doing business with the restricted companies.

Bolton said Cuba is aiding Maduro's government in Venezuela, referring to the close ties between the two countries since Maduro's predecessor, Hugo Chavez, came to power in 1999.

Almost 2 million Venezuelans have fled their country since 2015, driven out by food and medicine shortages, hyperinflation, and violent crime. Thousands have made their way to south Florida

Maduro says he is the victim of an "economic war" led by U.S.-backed adversaries.

Venezuela exported 23.62 tonnes of gold worth $900 million to Turkey in the first nine months of this year, compared with zero in the same period last year, official Turkish data showed - an illustration of how the South American country is shifting its pattern of trade following a wave of U.S. sanctions that began last year.

Colombian President Ivan Duque and Brazil's president-elect, Jair Bolsonaro, are "like-minded leaders," Bolton said, adding the United States would partner with them and leaders in Mexico, Argentina and other Latin American nations to boost security and the economy in the region.

Also on Thursday, the United Nations General Assembly overwhelmingly adopted its 27th annual resolution calling for an end to the U.S. economic embargo on Cuba after a failed attempt by Washington to amend the text to push Cuba to improve its human rights record.