Dollar dips but stocks rise on US election results 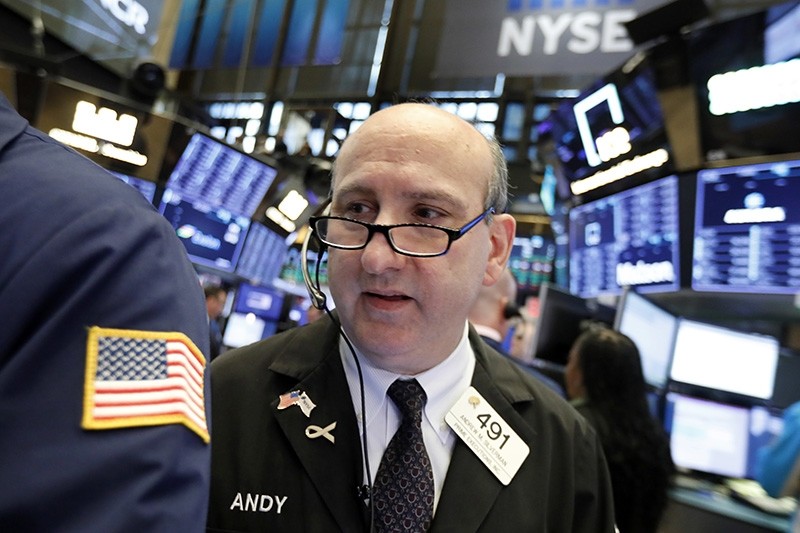 While gridlock in Washington could hamper President Donald Trump's political and economic agenda, few expect a reversal of tax cuts and financial deregulation measures that have already been enacted.

That view helped all three Wall Street equity indices extend gains, and investors piled into growth sectors such as technology and healthcare.

The Democrats looked headed to gain more than 30 seats in the House of Representatives, well beyond the 23 they needed to claim their first majority in eight years. With Trump's Republican party holding on to its Senate majority, the results from Tuesday's election were in line with expectations.

Historically markets have performed well after midterm elections and with split control of Congress.

"The good news in a way for markets is that there was an uncertainty that's now been removed. We know where we stand for the next two years, and investors will focus back on the fundamentals, which are (company) earnings growth and the economy," said Guy Miller, chief market strategist at Zurich Insurance Group.

Still, a split Congress could hamper Trump's push for a further round of tax cuts and deregulation, measures that have turbocharged the U.S. economy, stock markets and the dollar.

MSCI's gauge of stocks across the globe gained 1.02 percent, while the pan-European STOXX 600 index rose 1.06 percent.

Riskier European bonds such as those from Italy were in demand, with yields falling 6-9 basis points.

The U.S. Federal Reserve starts its two-day monetary policy meeting on Wednesday, where it is expected to keep interest rates unchanged. A rate hike in December is largely priced in.

"The policy path implied by this outcome shifts the narrative away from rising rates at least temporarily," Morgan Stanley's Michael Zezas wrote in a client note.

U.S. Treasury yields fell, with investors trying to figure out the impact of the election on government spending and borrowing in the coming year.

"Democrats winning the House is likely to mean slightly less fiscal stimulus going forward. The bond market may take that well because the Federal Reserve will have less work to do," said Richard Buxton, head of UK equities at Merian Global Investors.

The yield on the 10-year Treasury note stabilized at 3.21 percent. It spiked as high as 3.25 percent Tuesday night.

Attention will focus on Trump's hard line on trade tariffs, which he can impose without Congressional approval. That keeps alive worries about a trade war between China and the United States.