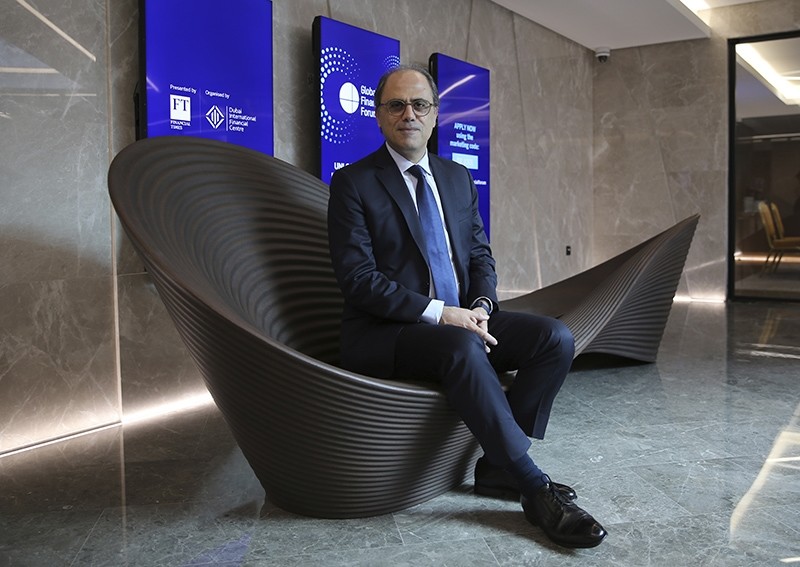 Higher oil prices are helping to offset increases in public spending by the Middle East's oil exporting heavyweights like Saudi Arabia, with these countries narrowing their budget deficit by $77 billion, the International Monetary Fund said Tuesday.

However, the rosier outlook for some oil exporters is not consistent across the region. In Iran, the re-imposition of U.S. sanctions last week on oil exports is expected to drive up inflation there to more than 40 percent by year's end.

The findings, which came in the IMF's new regional outlook report, said the overall fiscal deficit for the Mideast's oil exporters is projected to decline from around $118 billion last year to $41 billion this year, before narrowing to $3 billion in 2019.

For Saudi Arabia, growth projections remain unchanged despite fallout from the killing of Saudi writer Jamal Khashoggi at the Saudi Consulate in Istanbul last month. International outrage prompted big name executives and officials to back out from attending a major investment conference in Riyadh after the killing. IMF chief Christine Lagarde was among the high-level participants who pulled out of the summit.

Still, it's too early to tell what the impact of this could be on the Saudi economy, where the price of oil remains a key determinant, said the IMF's Mideast and Central Asia director Jihad Azour.

"There are several more important issues that factor in play. The evolution of oil price. The level of export of oil. The spending in government. The pace of reforms," Azour told The Associated Press.

The IMF projects that Saudi Arabia's economy will see 2.2 percent growth this year and 2.4 percent next year, after shrinking 0.9 percent last year. Saudi Arabia is aiming to balance its budget by 2023.

Azour said one of the most pressing issues facing Iran is aligning the official local currency exchange rate with black market rates.

The IMF cautions that global oil prices, while potentially buoyed in the near-term by cuts in Iranian oil supply, are expected to slide down to around $60 a barrel in the next three to four years.

Benchmark Brent crude, which had been trading above $80 a barrel recently, now hovers around $70 after U.S. sanctions waivers for countries that import heavily from Iran, which accounts for 5 percent of global oil exports.

Oil prices fell more than 1 percent on Tuesday, with benchmark Brent crude slipping below $70 per barrel and U.S. crude under $60, after U.S. President Donald Trump put pressure on OPEC not to cut supply to prop up the market.

"For Saudi and other GCC countries, we believe it's not now the time to be complacent," Azour said, referring to other Arab oil-exporting countries in the Persian Gulf.

The IMF is urging oil-exporters in the region to curb subsidies to reduce spending, expand taxes to boost revenue and narrow the public sector wage bill by attracting foreign investment and encouraging the private sector to create more jobs.

The IMF also warns that at least 25 million new jobs need to be created in the next five years to keep unemployment rates the same across the Middle East, Afghanistan and Pakistan.

Azour said a country like Egypt, where economic growth this year and last exceeded 5 percent, needs to create 700,000 to 1 million new jobs per year to keep it's unemployment rate from rising.