Brexit front and middle in light week for data 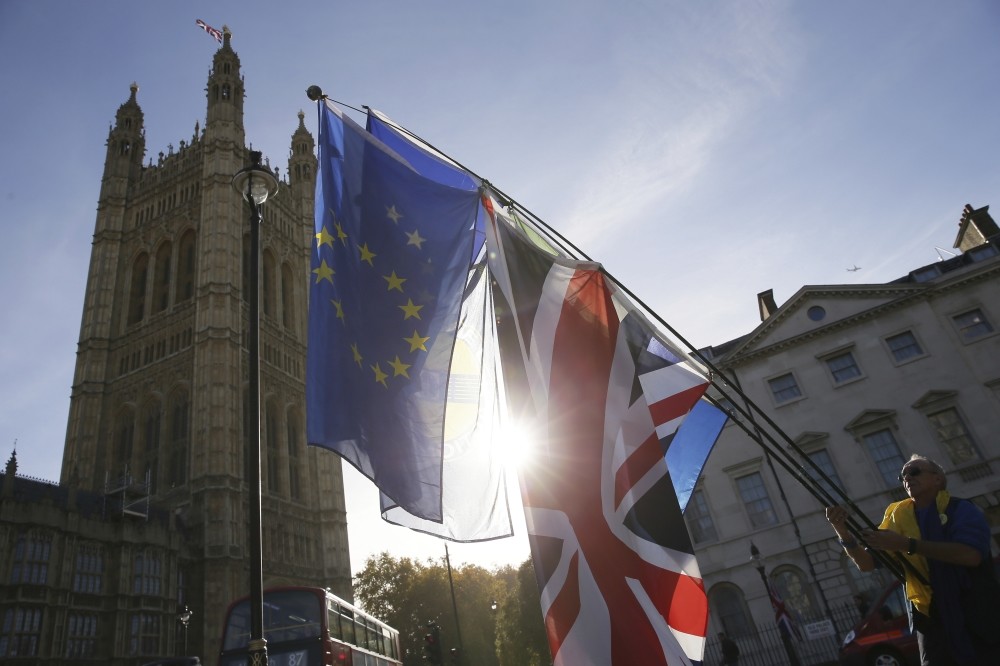 Surveys to be revealed in the upcoming week will showcase the latest clues on the currently slowing global economic growth, with focus mainly remaining on the Brexit deal progress

Brexit will be foremost in investors' minds in the coming week, though a smattering of data will offer further indications as to how much global economic growth, bogged down by politics and trade wars, is slowing.

British Prime Minister Theresa May is fighting for her political life after the draft divorce deal she agreed with the European Union provoked an exodus of senior ministers and open mutiny in her ruling Conservative party.

With little over four months to go until Britain is due to leave the EU, pitching the world's fifth largest economy into the unknown, it is still unclear just how - and on what terms - it will do so.

On Thursday, sterling tumbled 2 percent against the dollar and euro, its biggest daily drop against the common currency in over two years, as the series of resignations threatened to tear May's government apart. By lunchtime on Friday it had recovered a small part of those losses. May has sought to negotiate a deal that ensures the United Kingdom leaves the bloc as smoothly as possible, but she faces opposition to her proposals from across the domestic political spectrum. Fears May's hard-fought deal could collapse has sent British markets into gyrations not seen since the June 2016 referendum on EU membership, but on Thursday she promised to fight for it. "Should the deal be passed, then after a likely further month of volatility it should bring about the expectation among households and businesses that the cliff-edge of a no-deal Brexit will be averted," said George Buckley at Nomura.

So while focus will remain on what progress - if any - May can make in uniting Britain behind her Brexit deal, clues as to how the eurozone and United States are faring will be provided by purchasing manager surveys.

Eurozone economic growth is expected to bounce back to a faster yet still modest pace this quarter, allowing the European Central Bank to stop buying bonds next month as planned, a Reuters poll found on Wednesday.

But IHS Markit's closely watched composite Purchasing Managers' Survey for the bloc, due on Friday, is expected to show that, while growth remained robust, it slowed again this month as changes in auto emission standards and political strife in Italy affect investment.

Stepping up its fiscal showdown with the EU, Rome re-submitted its 2019 budget on Wednesday with the same growth and deficit assumptions as in a draft that Brussels rejected last month for breaking its rules.

"There are no signs of a rapid easing in the conflict between the EU and Italy... and the markets are likely to remain nervous," said Marco Wagner at Commerzbank.

Italy has a public debt of 131 percent of GDP, proportionally the second highest in the EU, and other euro zone finance ministers are worried it could trigger a sovereign debt crisis like the one that nearly put paid to the euro some years ago. In the United States, the Federal Reserve is all set to raise borrowing costs again next month so housing data on Tuesday will be watched. "Recent (housing market) weakness in a number of metrics has raised some questions as to whether the Fed's normalization of interest rates is dampening the sector," said Philip Shaw at Investec.

Meanwhile, U.S. trade policy towards China over the next few years will become more confrontational, according to a majority of economists in a Reuters poll who believe U.S. growth has peaked and will slow substantially next year. The presidency of Donald Trump has proved unconventional and his trade war waged on China is expected to damage the economy. Trump is due to meet Chinese President Xi Jinping later this month.

It's a short working week in the U.S., with Thanksgiving on Thursday, but data on Wednesday will likely show reduced spending on durable goods in October. Flash PMI readings on Friday are expected to show a modest acceleration in manufacturing activity this month from October and a relatively robust service industry.