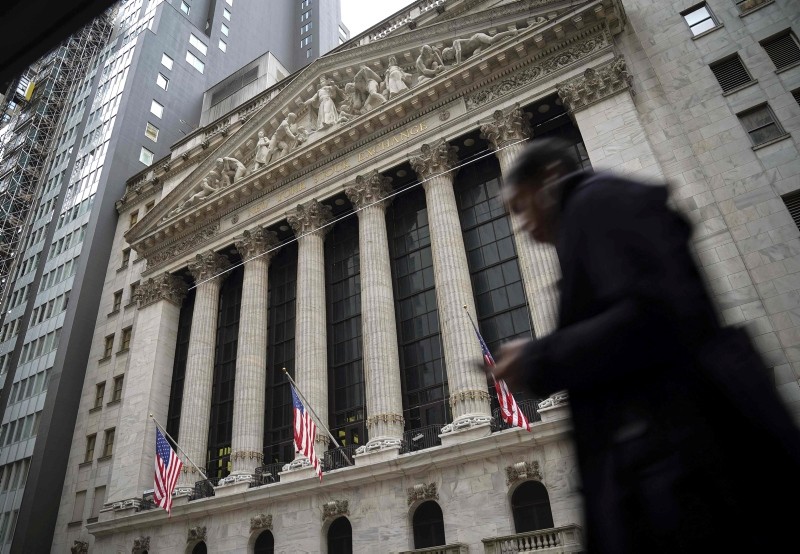 U.S. stocks recovered from a brutal two-day sell-off on Wednesday as strong earnings from Foot Locker and gains in technology stocks lifted investor sentiment ahead of the Thanksgiving holiday.

Gap Inc rose 4.9 percent as analysts were upbeat on the outlook of the apparel retailer's Old Navy brand.

Both, Foot Locker and Gap helped boost the S&P consumer discretionary index, making it the top gainer among the 11 major S&P indexes.

Apple shares rose 0.5 percent. They have lost more than 20 percent since their record closing high on Oct. 3 due to concerns over waning iPhone demand.

The pressure on technology stocks appeared to have eased on Wednesday, with the other members of the FAANG group - Amazon.com Inc, Netflix Inc and Alphabet Inc and Facebook Inc - gaining between 1.3 percent and 2.3 percent.

Autodesk was the top gainer in the S&P technology sector , which was up 0.7 percent after three days of declines.

"The tone for bulls is to find anything to stop the bleeding," said Michael Antonelli, managing director, institutional sales trading at Robert W. Baird in Milwaukee.

"I think the first hour will be super critical today. If sellers come in and just start smacking the thing right away then we are set for more volatility, more bloodbath here."

The S&P energy index gained 1.2 percent as oil prices bounced back from a 6 percent plunge the previous day.

Worries about slowing global growth and peaking corporate earnings have sapped risk appetite in recent months, throwing into doubt the longevity of the decade-old bull run for stocks.

The Nasdaq closed at its lowest level in over seven months on Tuesday, while the S&P 500 and the blue-chip Dow erased all their gains for the year.

The Philadelphia SE semiconductor index, which has underperformed the S&P 500 for the year, rose 0.8 percent. Advanced Micro Devices Inc and Nvidia Corp rose 1.2 percent each and Micron Technology Inc was up 2.0 percent.

Latest economic data showed new orders for key U.S.-made capital goods were unexpectedly unchanged in October and shipments rebounded modestly, which could temper expectations of an acceleration in business spending on equipment early in the fourth quarter.