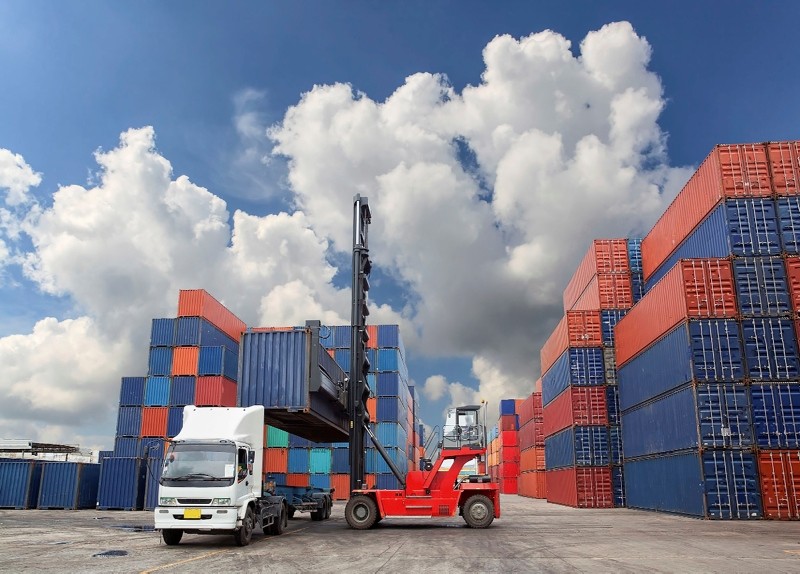 Exceeding the exports value of $14.2 billion dollars in November 2013, this past month was the highest exports in history. Turkey also saw monthly exports hit an all-time high in October and March of this year.

The exports-to-imports coverage ratio rose to 96.3 percent in November, up from 69 percent in the same month in 2017.

Trade Minister Ruhsar Pekcan said in a statement that the year 2018 continued to be the record year in exports.

"It is pleasing to see the fruits of our efforts enhance Turkey's competitive capacity in global trade," Pekcan said.

"We are confident that Turkey will reach the year-end export goal of $170 billion noted in the country's New Economic Program [announced this September]," she said.

"We aim at creating an economy with higher value-added and having our country rank among the developed economies," Pekcan said.

"In that vein we'll continue to focus on branding, design and increase the share of high-tech products within our exports portfolio."

She also noted that the number of countries Turkey exported to and imported from with Turkish lira reached 174 and 110, respectively, as of November.

She stated that the volume of foreign trade conducted with Turkey's local currency in November totaled 10.1 billion lira ($2 billion), of which 47.5 percent in exports and the rest in imports.

Evaluating the export figures, Turkey's Exporters Assembly (TİM) Chairman İsmail Gülle said, "[Currently] 2018 is a record-breaking year. In October, we had the highest monthly exports in history. This time we have the happiness of signing the highest November export of all-time. We are moving forward with confident steps to our end-year target of $170 billion with the intense efforts of our exporters."

He noted that TİM's target is building a Turkey which has a trade surplus and is growing with exports.

"We will see the positive effect of exports in the third quarter growth rates as in the second quarter of 2018," he added.