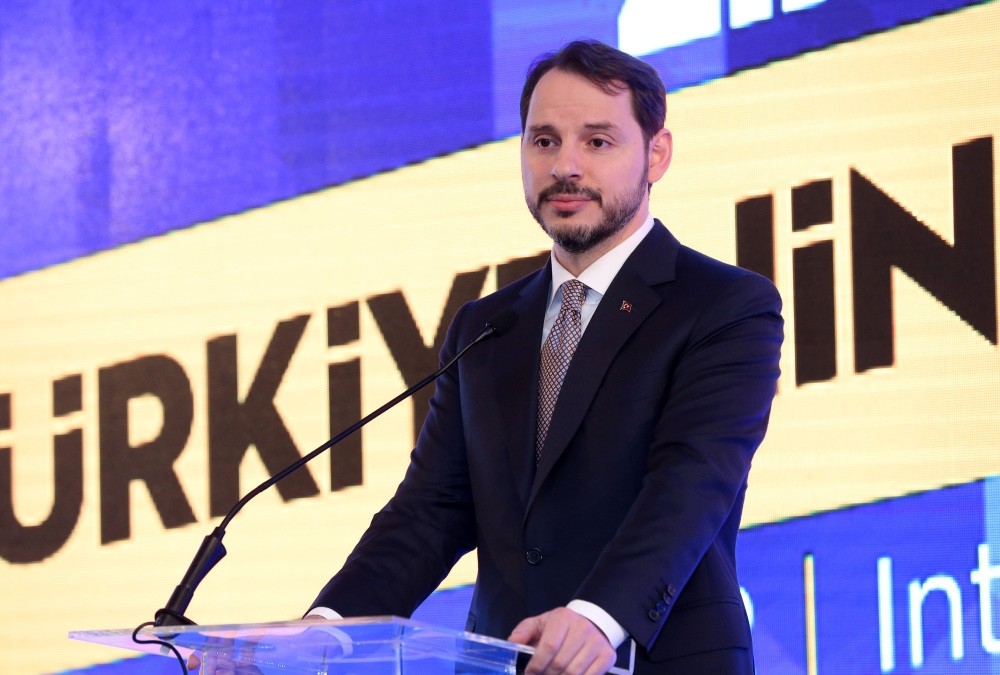 Global and local markets have been subject to a series of stormy events in 2018; curbing growth rates and devalued currencies particularly in emerging markets with skyrocketing interest rates proved to be a major impediment to investments. A leading emerging market, Turkey has not been exempt from global volatility and external shocks, which have been exacerbated with political moves in the summer period. Nevertheless, the investor-reassuring measures the government has taken through the offices of the economy administration and relevant institutions have so far brought about the emergence of a balancing period in the economy.

The fiscal discipline to ensure a balanced budget has been the mantra of the economic policies to tame the volatile markets and will resolutely continue to be next year.

Turkey is scheduled to hold municipal elections on March 31 and despite the election period, tight fiscal and monetary policy will continue to dominate the economic policies and 2019 will be marked a healthy budget performance, Treasury and Finance Minister Berat Albayrak said yesterday in Istanbul at the meeting of Turkish Investor Relations Society (TÜYİD).

The minister stressed that 2018 has been a troubled year for emerging markets. The interest rate hikes of the U.S. Federal Reserve (Fed) and tightening financial resources exerted immense pressure on emerging market currencies. These developments coupled with the growing concerns over trade tensions and led to fluctuations in commodity prices.

This turbulence in global markets has negatively reflected in the economy, the minister said, yet he drew attention to the comprehensive measures taken by the economy administration. "Timely precautions taken and implemented with resolution have mitigated the volatile markets and ensured the normalization process."

The minister highlighted the positive development in the Turkish lira and Turkey's risk premiums. The Turkish lira has recouped some of its losses since August and spiked against the U.S. dollar by 20 percent, positively decoupling from other emerging market currencies. The five-year credit default swaps dropped by nearly 200 points.

On Sept. 4, the five-year bond CDS hit 566 basis point and was hovering around 385 points yesterday.

Speaking of the inflation rates, Turkey's annual inflation rate will drop faster than was expected, hitting 6 percent by 2021 thanks to the new economic plan, Treasury and Finance Minister Albayrak said.

Albayrak said consumer and producer price indexes saw 3.6 and 6.5 percent reductions, respectively, due to the highly successful "Full-Scale Fight Against Inflation" campaign, which was launched in October to curb inflation by offering price discounts in the retail sector and lowering interest rates for bank loans.

"We find it realistic to expect inflation to drop to 15.8 percent in 2019 and then to 6 percent at the end of the economic program. We will hopefully exceed those goals we have set," Albayrak said.

Albayrak said there are "strong signs" showing that the current accounts would further improve in November and December with the 12-month rolling deficit expected to fall below $30 billion after it was reported to have decreased to $39.4 billion in October, the third consecutive month of surpluses.

Speaking about exports, the minister said Turkey's exports reached an annual volume of $168.1 billion in November on a 9.5 percent increase. "We will meet our year-end goal of $170 billion," he said.

In his address, Minister Albayrak announced that the Treasury will issue euro and dollar-denominated bonds on Monday, Dec. 17 and individual investors will be able to purchase those bonds, diversifying their portfolios.

"People have turned toward deposits. So we need to familiarize capital markets with diversified investment instruments," Albayrak told. Albayrak also said the Treasury will again issue gold bonds, as it did in September.

"We need to activate balance sheets," he said and reiterated the commitment to diversify investment instruments to ease financing terms.

The ministry in October authorized three international institutions - Deutsche Bank, Goldman Sachs and Société Générale - to issue a dollar-denominated bond due 2023, as part of the 2018 external borrowing program.

The transaction was finalized with a nominal amount of $2 billion. With the transaction, the amount of funds raised from the international capital markets as part of the $6.5 billion 2018 eurobond issuance program has reached $6 billion.

The bond, which matures on Dec. 23, 2023, has a coupon rate of 7.25 percent and its yield rate is 7.50 percent for investors. Most of the bonds were sold to investors from the U.S., followed by the U.K with 23 percent, other European countries with 11 percent, Turkey with 5 percent and other regions with 1 percent.

In November, the Treasury issued eurobonds due in 2026 with a nominal amount of $1.7 billion. The bond has a coupon rate of 7.25 percent, and its yield rate for investors is 7.5 percent. The largest national share of the bonds was sold to investors from the U.K. with 35 percent.