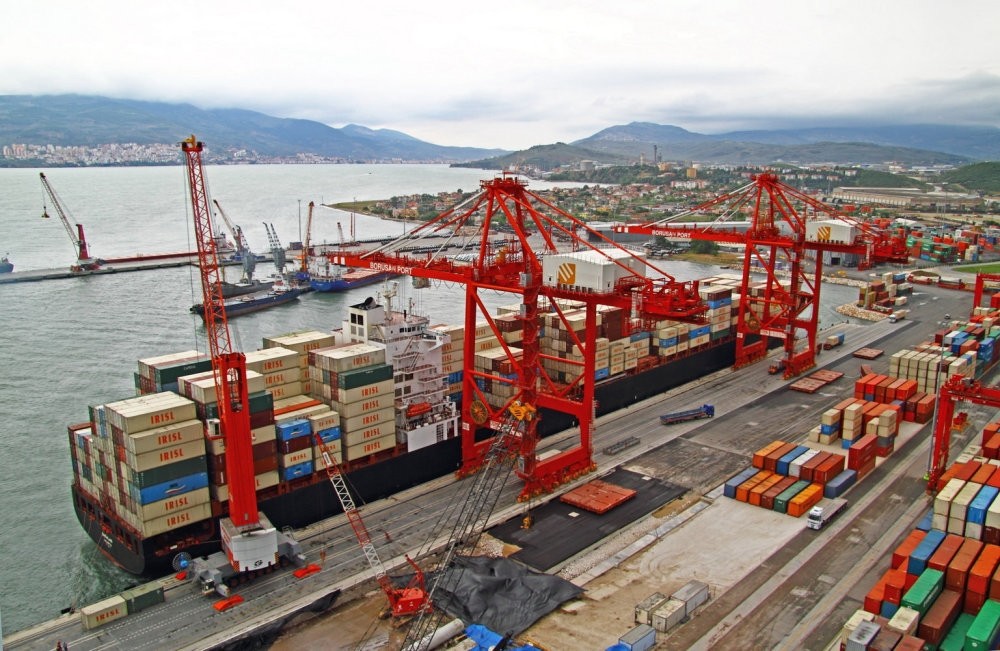 The sustainable growth in Turkish exports this year, exceeding $154 billion in the first 11 months, will help exporters reach an annual target of $170 billion

Turkey's exports saw monthly increases during the January-November period as they reached 154.2 billion, with a 7.7 percent increase compared to the same period of last year. Exports in the last 12 months now stood at $168.1 billion.

As Turkey looks to build an export-driven economy, 2018 would be considered a successful year in terms of exports with record-high figures expected for year-end.

At the current pace, the country will easily meet its an annual exports target of $170 billion, President Recep Tayyip Erdoğan said during an Award Ceremony for Service Exporters in Istanbul Friday.

The average growth rate of the Turkish economy in the last 16 years was at 5.7 percent and the country has attracted more than $200 billion in foreign direct investment (FDI) during the same period, the president said in reference to Turkey's economic performance.

Turkey is currently the 13th largest economy in the world in terms of purchasing power parity.

Speaking about economic activity, the president said: "When we look at the number of companies opened and closed in October, we see a much more positive rate than the previous years. Around 7,160 new companies started operations in October, while 1,235 closed down."

"Our exports were worth $36 billion in 2002. So, the current level is very important. But we should not forget that we have an export target of $500 billion for 2023. I would like to congratulate each of our 36,630 companies that export to 174 different countries," the president added.

The president also elaborated on Turkey's debt performance. The public debt stock currently makes up 9 percent of the national income, he said.