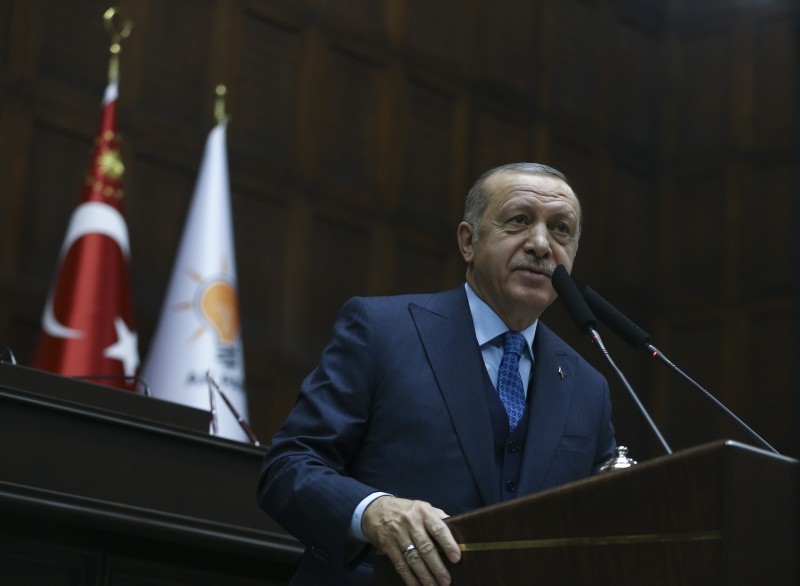 Turkey has planned to bring the unemployment rate to single-digits and will become the 12th largest economy in the world in terms of purchasing power parity (PPP) in 2019, President Recep Tayyip Erdoğan said on Tuesday during his address at ruling Justice and Development Party's (AK Party) parliamentary group meeting.

"We both grew the economy and solidified its foundations. There are still some issues caused by the recent fluctuations but nothing too dire. We are planning to achieve a single digit in unemployment rate and we will succeed in this," Erdoğan said.

The unemployment rate in Turkey stood at 11.4 percent in September, according to the Turkish Statistical Institute (TurkStat).

The president said the Turkish economy survived the economic attacks in August. "We would have found ourselves in other sorts of troubles if we did not brace the attacks in August with such solid foundations," he said.

Erdoğan said that the government is determined to reduce the inflation rate to the targeted level in 2019. Turkey's annual inflation was 21.62 percent in November, according to the latest data from TurkStat.

The president said Turkey will reach $170 billion in exports in 2019. He added that the current account deficit (CAD) is decreasing and developments show that Turkey's CAD will be decreasing under $30 billion by the year-end.

Turkey's exports amounted to $138.7 billion in the 10-month period, marking an annual hike of 7.6 percent, according to TurkStat. Last year the country's exports totaled over $157.05 billion.

According to the Central Bank of the Republic of Turkey (CBRT), the 12-month rolling deficit fell to $39.4 billion as of October. In 2017, Turkey's annual current account deficit was some $47.5 billion, around 5.6 percent of the country's GDP.

Erdoğan also said Turkey will declare 2019 as "The Year of Göbeklitepe," referring to the ancient temple considered the world's oldest in southeastern Şanlıurfa province. Neighboring Mardin, Adıyaman and Gaziantep provinces will also be included in this initiative to boost tourism revenues, he added.