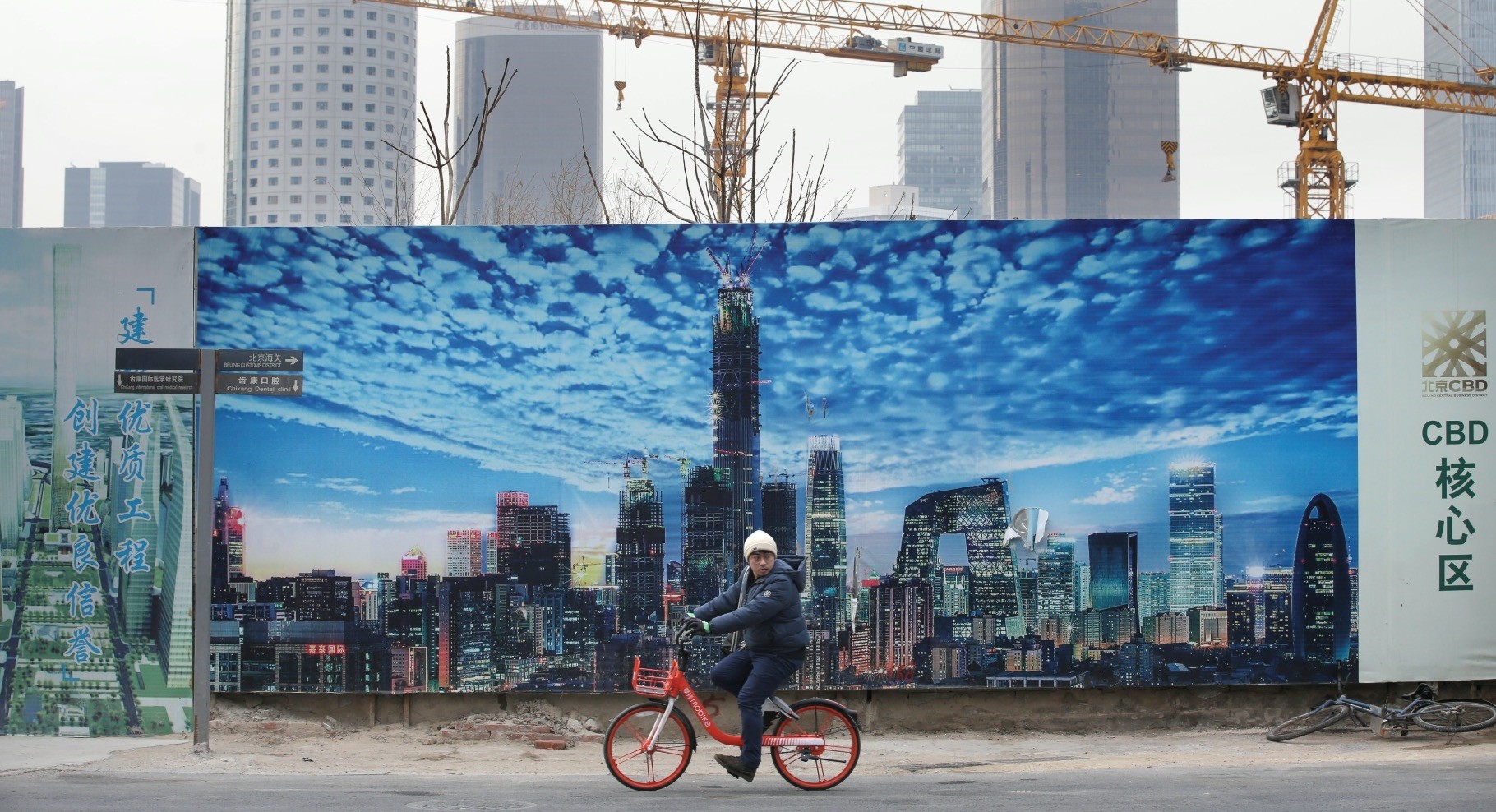 With data to be announced today, world's second largest economy China's GDP is expected to register a 28-year low of 6.6 percent in 2018 amid weak investment, demand and U.S. tariffs; adding pressure on a cooling economy

China is expected to report today that economic growth cooled to its slowest in 28 years in 2018 amid weakening domestic demand and bruising U.S. tariffs, adding pressure on Beijing to roll out more support measures to avert a sharper slowdown.

Growing signs of weakness in China - which has generated nearly a third of global growth in the past decade - are stoking worries about risks to the world economy and are weighing on profits for firms ranging from Apple to big carmakers.

Chinese policymakers have pledged more support for the economy this year to reduce the risk of massive job losses, but they have ruled out a "flood" of stimulus like that which Beijing has unleashed in the past, which quickly juiced growth rates but left a mountain of debt.

Analysts polled by Reuters expect the world's second-largest economy to have grown 6.4 percent in the October-December quarter from a year earlier, slowing from the previous quarter's 6.5 percent pace and matching levels last seen in early 2009 during the global financial crisis.

With stimulus measures expected to take some time to kick in, most analysts believe conditions in China are likely to get worse before they get better, and see a further slowdown to 6.3 percent this year. Some analysts believe real growth levels are already much weaker than official data suggest.

Even if China and the United States agree on a trade deal in current talks, which is a tall order, analysts said it would be no panacea for the sputtering Chinese economy unless Beijing can galvanize weak investment and consumer demand.

Chen Xingdong, chief China economist at BNP Paribas, said investors should not expect the latest round of stimulus to produce similar results as during the 2008-09 global crisis, when Beijing's huge spending package quickly boosted growth.

"What China can really do this year is to prevent deflation, prevent a recession and a hard landing in the economy," Chen said.

On a quarterly basis, growth likely eased to 1.5 percent in Oct-Dec from 1.6 percent in the preceding period.

China will release its fourth-quarter and 2018 GDP data today (0200 GMT), along with December factory output, retail sales and fixed-asset investment.

Since China's quarterly GDP readings tend to be unusually steady, most investors prefer to focus on recent trends.

Surprising contractions in December trade data and factory activity gauges in recent weeks have suggested the economy cooled more quickly than expected at the end of 2018, leaving it on shakier footing at the start of the new year.

Sources have told Reuters that Beijing was planning to lower its growth target to 6-6.5 percent this year from around 6.5 percent in 2018.

Some factories in Guangdong - China's export hub - have shut earlier than usual ahead of the long Lunar New Year holiday as the tariff war with the United States curtails orders. Others are suspending production lines and cutting back on workers' hours.

If the trade war drags on, some migrant workers may not have jobs to return to.

Trade negotiators are facing an early March deadline and Washington has threatened to sharply hike tariffs if there are no substantial signs of progress.

So far, Chinese policymakers have fast-tracked construction projects and cut taxes and some import duties to spur demand.

To free up more funds for lending, particularly to more vulnerable smaller firms, the central bank has cut the amount of reserves that banks need to set aside as reserves (RRR) five times over the past year, and guided borrowing costs lower.

Further RRR reductions are expected in coming quarters, but most analysts do not see a cut in benchmark interest rates just yet, as policymakers wait to see if earlier steps begin to stabilize conditions. More forceful easing could pressure the yuan and aggravate high debt levels, with money going into less efficient or speculative investments.

Still, some analysts do not expect the economy to bottom out convincingly until summer.