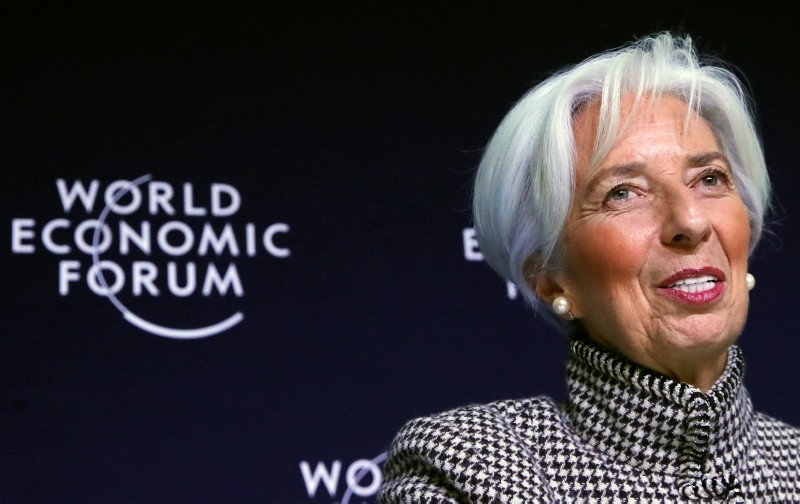 The IMF said Monday that it expects global growth this year of 3.5 percent, down from 3.7 percent in 2018 and from the 3.7 percent it had forecast for 2019 back in October.

"After two years of solid expansion, the world economy is growing more slowly than expected and risks are rising," said IMF Managing Director Christine Lagarde as she presented the new forecasts at the World Economic Forum in Davos, Switzerland.

The fund left its prediction for U.S. growth this year unchanged at 2.5 percent — though a continuation of the partial 31-day shutdown of the federal government poses a risk. The IMF trimmed the outlook for the 19 countries that use the euro currency to 1.6 percent from 1.8 percent.

Growth in emerging-market countries is forecast to slow to 4.5 percent from 4.6 percent in 2018. The IMF expects the Chinese economy — the world's second biggest — to grow 6.2 percent this year, down from 6.6 percent in 2018 and slowest since 1990.

The World Bank and the Organization for Economic Cooperation and Development have also downgraded their world growth forecasts.

And rising trade tensions pose a major risk to the wider world economy. Under President Donald Trump the United States has imposed import taxes on steel, aluminum and hundreds of Chinese products, drawing retaliation from China and other U.S. trading partners.

Rising interest rates in the U.S. and elsewhere are also pinching emerging-market governments and companies that borrowed heavily when rates were ultra-low in the aftermath of the 2007-2009 Great Recession.

As the debts roll over, those borrowers have to refinance at higher rates. A rising dollar is also making things harder for emerging-market borrowers who took out loans denominated in the U.S. currency.