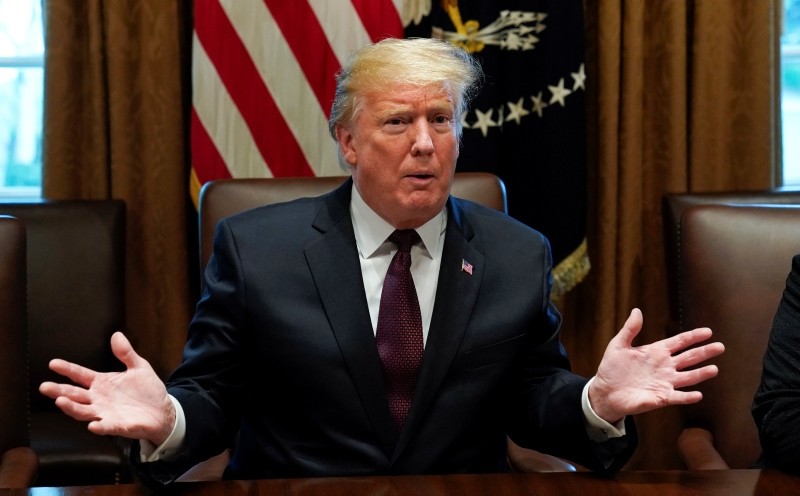 U.S. President Donald Trump leads a discussion on immigration proposals with conservative leaders in the Cabinet Room of the White House in Washington, U.S., January 23, 2019. (Reuters Photo)
by Jan 24, 2019 12:53 am

U.S. President Donald Trump said on Wednesday that the United States was doing well in trade talks with China.

"I like where we are right now," Trump said in response to a question about trade negotiations with China by reporters at a White House event.

Trump has vowed to increase tariffs to 25 percent from 10 percent on $200 billion worth of Chinese imports on March 2 unless China takes steps to protect U.S. intellectual property, end policies that force American companies to turn over technology to a Chinese partner, allow more market access for U.S. businesses and reduce other non-tariff barriers to American products.

China "very much wants to make a deal," Trump said.

"We'll see what happens. But we're doing very well in our negotiations with China," he said.

Companies in both countries are feeling pain from the effects of U.S. tariffs and retaliation from China, which are starting to mount.