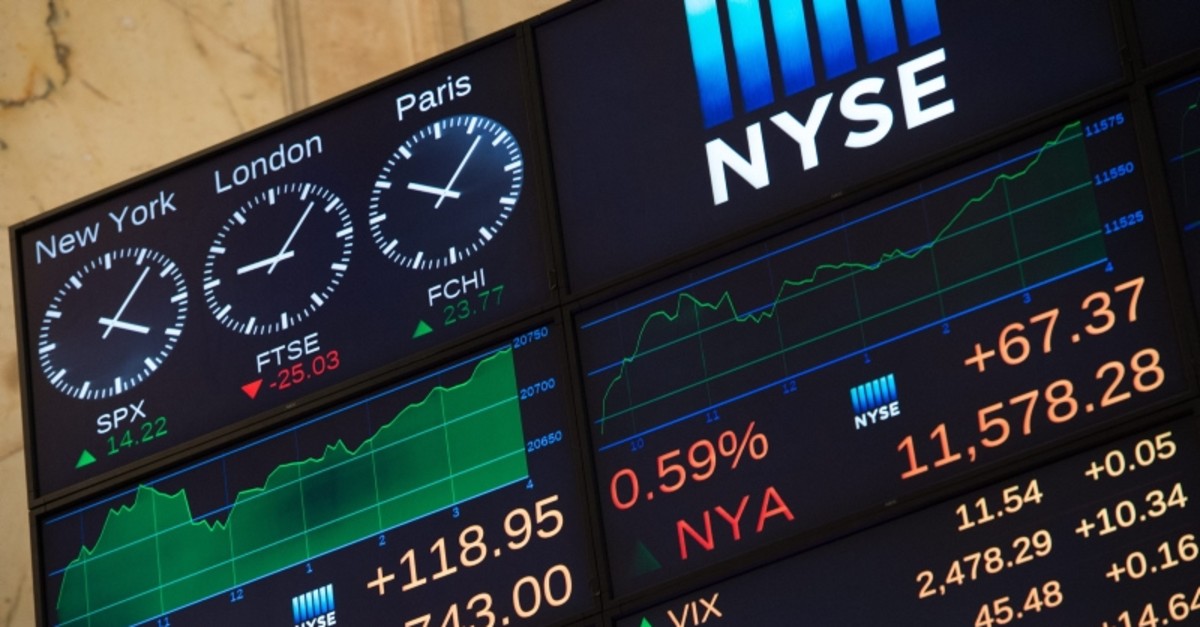 The losses were widespread, with health care, communications and technology companies accounting for much of the decline.

A mixed batch of reports on the U.S. economy helped keep markets in check, and investors are also waiting to see what comes out of high-level talks in Washington between U.S. and Chinese officials on their trade dispute.

The pause for stocks follows a torrid rise since late December, and the S&P 500 index is still up 10.6 percent for 2019 so far. That's a better performance than the index has turned in for three of the last four full years.

KEEPING SCORE: The Dow Jones Industrial Average fell 90 points, or 0.4 percent, to 25,863 as of 10:33 a.m. Eastern Time. The benchmark S&P 500 index, which has risen for the past three weeks, dropped 0.4 percent, while the Nasdaq composite lost 0.6 percent. Major European indexes were mostly lower.

TRADE TALKS: The U.S. and China resumed high-levels talks Thursday aimed at easing a trade standoff that has unnerved global investors and clouded the outlook for the world economy.

The world's two biggest economies are locked in a trade war that President Donald Trump started over allegations that China deploys predatory tactics to try to overtake U.S. technological dominance. Beijing's unfair tactics, trade analysts agree, include pressuring American companies to hand over trade secrets and in some cases stealing them outright.

The Trump administration has warned it will escalate its import taxes on $200 billion in Chinese goods from 10 percent to 25 percent if the two sides haven't reached a resolution by March 2. But Trump in recent days has signaled a willingness to extend the deadline if negotiators are making progress.

A CLOUDY ECONOMY: Fewer workers applied for unemployment benefits than economists expected, an encouraging sign that layoffs are low. But a separate report said that orders for big-ticket manufactured goods weren't as strong in December as expected. A report on home sales, meanwhile, was a touch weaker than economists forecast.

The mixed set of reports come as concerns rise that economic growth will slow in the United States and around the world this year.

OH, BABY: Johnson & Johnson lost 1.2 percent after disclosing that it had received federal subpoenas related to litigation over its baby powder.

IN GEAR: Avis Budget Group jumped 13.4 percent after reporting earnings that were much better than analysts were expecting.