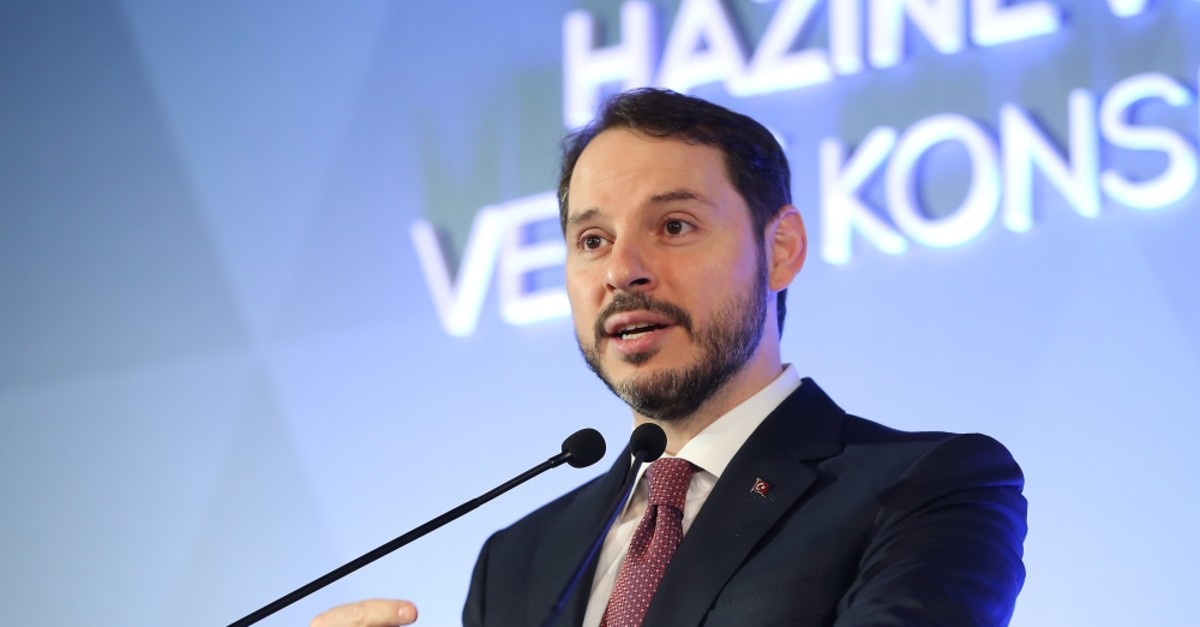 To avoid tax evasion from e-commerce services provided by global companies to Turkish individuals, the Treasury and Finance Ministry is preparing a new tax scheme in line with global developments. Treasury and Finance Minister Berat Albayrak signaled that Turkey will take action to prevent tax losses from the operations of the international digital commerce orders in a bid to support local producers during his speech at the 134th Tax Council meeting yesterday. In reference to transactions by international e-commerce giants or companies that make profit from their operations in Turkey but do not have an office in Turkey, with no liability for corporate tax, the minister said, "We have to take necessary steps to support our local economy and competitive advantage. There are local and foreign companies that have been investing in the Turkish economy for nearly a century."

"They have established strong relations, contributing to the employment and paying taxes," Treasury and Finance Minister Albayrak said, asking, "Where is the contribution of the digital service companies to tax collection and employment?"

The minister emphatically stated that Turkey will act strongly to tackle the issue of digital taxation. Minister Albayrak drew attention to the global trends that try to levy taxes on digital economy activities.

"As a country of free trade, we have to take necessary steps to support our local economy and sustain Turkey's competitive advantage in a global setting that increasingly grows protectionist and threatens free trade and liberal economy," Albayrak said.

In accordance with these goals, Turkey will work on a system that will ensure fair taxation and tax compliance, the minister noted. The new tax reform will primarily aim to boost Turkey's capacity for investment, production, employment and exports, hence raising Turkey's competitiveness.

The tax system will be more simplified and be more comprehensive in order to ensure fairness and effectiveness following the ongoing tax reform efforts. The new system will facilitate the compliance of taxpayers to taxation system and ensure full transition to registered economy.

"Ineffective exemptions and reductions will be removed and will not be offered anymore," Albayrak said.

Meanwhile, Turkey's e-commerce market totaled TL 42.2 billion, largely composing of retail and travel transactions, according to a report by Deloitte and Turkey's Informatics Industry Association (TÜBİSAD). Turkish authorities charge customs tax of up to 20 percent on orders coming from abroad if the declared value of the package exceeds 22 euros.

Turkey has major potential for e-commerce with a population of 82 million people and a median age of 32 – younger than any other country in Europe. Taxation of digital services is one of the big issues in Turkish tax law, especially if the service provider is not located in the jurisdiction where the service is delivered.

Starting from June 2017, government officials started to point out this issue, stating that companies which do not have a registered office in Turkey but provide electronically delivered services to the country should be paying taxes.

The first official step to apply tax came in December 2017 with The Draft Communiqué Regarding Amending VAT Application. The communiqué stipulated value-added tax (VAT) liabilities of companies that do not have a registered office in Turkey but provide electronically delivered services to Turkey. On Jan. 31, 2018 the communique was published in the Official Gazette and took force as of Jan. 1, 2018.

Taxation of digital economy has also been an ongoing effort in the European Union and within the Organization for Economic Co-operation and Development (OECD) since the summer of 2017. Both the OECD and the EU have launched public consultations.

It is clear that the EU wants to levy more tax from digital companies. However, the last round of consultations were inconclusive since EU finance ministers failed to agree a tax on digital revenues on Tuesday, despite a last minute Franco-German plan to salvage the proposal by narrowing its focus to companies like Google and Facebook in December 2018.

The European Union's executive arm proposed a 3 percent tax on big digital firms' online revenues in March 2018, alleging that the companies funneled profit through states with the lowest tax rates.