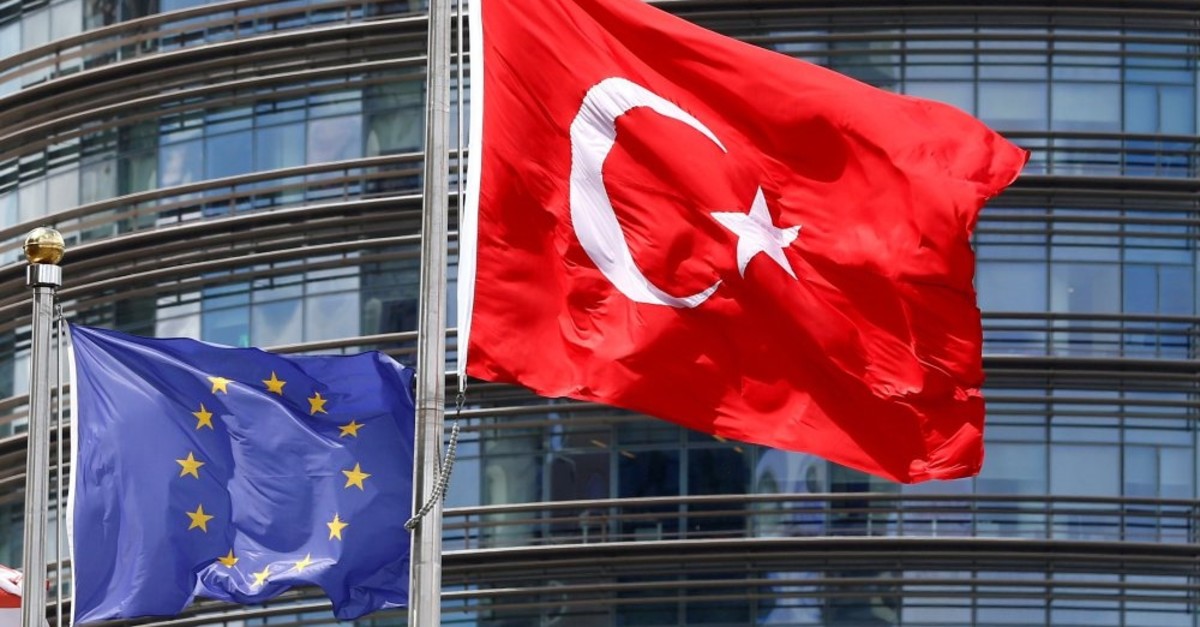 The customs union agreement inked in 1995, which took effect the following year, profoundly raised the bilateral trade volume between Turkey and the European Union. But the need to modernize the agreement to make Turkey more inclusive in EU trade procedures still remains a major setback for potential ties

Relations between Turkey and the European Economic Community (EEC), which started with the Ankara Agreement signed in 1963 and continued with the Additional Protocol in 1973, gained a new dimension upon the signing of the customs union in 1995.

With the completion of the customs union, customs duties, quantity restrictions and equivalent measures were abolished in the trade of industrial products between Turkey and the EU, while the country started to implement the EU's common tariff against third countries.

Common rules on import and export, the management of quotas, protection against dumped or subsidized imports, autonomous regulations on textile imports, and inward and outward processing regimes were made compatible with EU standards to ensure proper functioning of the customs union.

The reform-like regulations, which came into force after entry into the customs union, have contributed significantly to Turkey's competitiveness and efficiency.

In this process, while the production structure of the Turkish economy has diversified with the following changes, progress has been made in exports. Turkey's competitiveness in international markets has also increased with the technical legislation infrastructure made compatible with the EU.

The customs union agreement has immensely increased the volume of bilateral trade, making the EU Turkey's largest trade partner. Turkey is also among the top five markets for European goods.

According to data from the European Statistical Office (Eurostat), Turkey achieved 76.1 billion euros ($86.15 billion) in exports to the EU in 2018, getting 77.2 billion euros in imports from the union in the same period.

In 1996, Turkey's exports to 27 European Union countries were recorded at $12.2 billion, while its imports from the bloc totaled $24.3 billion, according to the data obtained from the Turkish Statistical Institute (TurkStat).

Despite the gains for the Turkish economy, the customs union continues to host many structural problems within. The customs union, which was signed more than 20 years ago, has turned into a structure working against Turkey due to the country not being a full member of the EU.

The fact that Turkey cannot be a direct party to the free trade agreements signed by the EU with third countries, the road quotas brought to Turkish vehicles and the country's lack of adequate involvement in the EU's consultation and decision-making mechanisms of the customs union stand out as the most important problems.

Turkey is seeking to be properly involved in the decision-making mechanism in the EU's commercial activities and trade agreements with third countries.

Despite the fact that industrial goods can circulate freely within the scope of the customs union, the trucks and drivers that carry the goods in question cannot move freely or unobstructed, revealing another discomfort for the country. Turkey says the practice is contrary to the spirit of the customs union and free trade and that the obstacles must be removed.

It is of great importance to update the existing customs union in order to accelerate relations with the EU, which is Turkey's largest trading partner. A customs union update is believed will contribute significantly to both sides.

With the update, it is aimed to expand the nature and range of products in the customs union to cover agricultural, services and public procurement areas and to protect Turkey from harm in the free trade agreements to be signed by the EU with third countries.

The EU, which accelerates free trade agreements with various countries and has taken a leading role in global trade, has demonstrated a political attitude toward updating the customs union with Turkey, exhibiting behavior that contradicts what it says.

Although the EU Commission requested the EU Council to authorize the customs union to update negotiations in December 2016, it is also worth noting that some EU countries are using the start of negotiations as a political tool, essentially holding the process hostage.

The update is expected to last at least a few years after the start of negotiations. Turkey makes almost half of its total foreign trade with the EU, while a significant portion of capital inflows to Turkey also originates from EU countries.