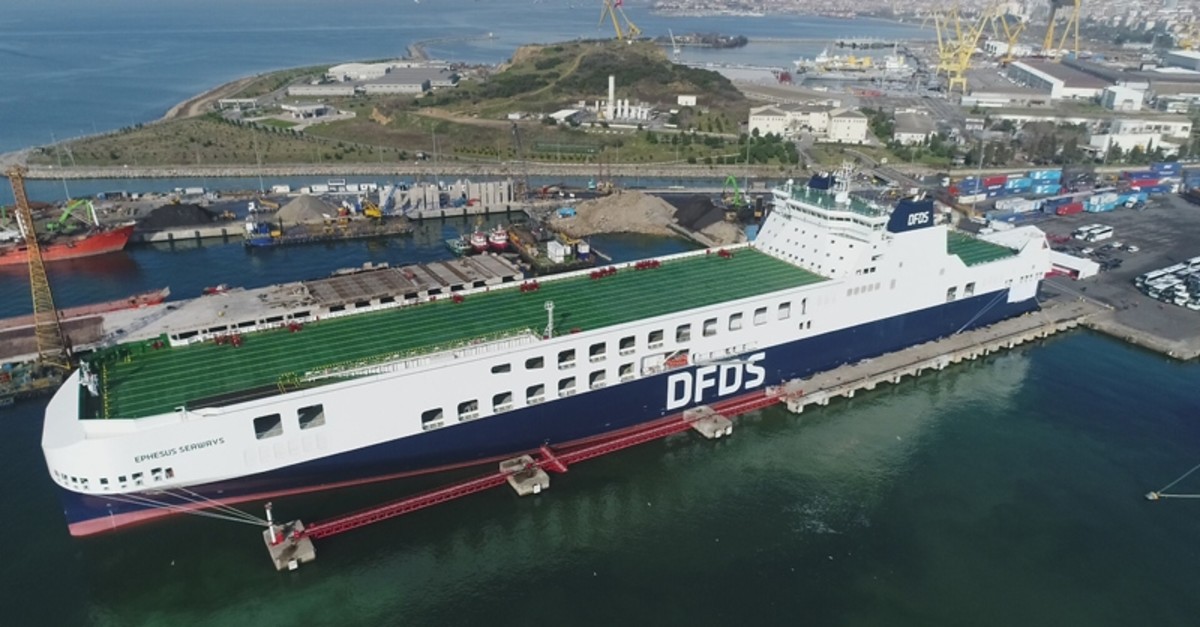 The largest Ro-Ro ship to be operated in the Mediterranean Sea was launched Thursday in a ceremony in Istanbul's Pendik district.

The 237-meter-long ship will be operated by the U.N. Ro-Ro, which was acquired by the Denmark-based European shipping giant DFDS in August 2018 for $950 million.

Named "Ephesus Seaways" after the ancient Aegean city located in western Turkey, the vessel, boasting a 6,700 linear-meter capacity, will also be the largest ship to serve on routes between Turkey and the EU.

Pedersen said at the ceremony that they are proud to launch their new ship to their customers, and it will offer a greater service capacity to land freighters and logistics companies since it can carry 450 trucks in one trip.

Boztepe explained that the Ephesus Seaways is the first of six Ro-Ro ships ordered to the Jinling Shipyard in China. The second ship is also expected to join the fleet in Turkey by the end of spring.

"In accordance with our decision to name our ships operating in the Mediterranean Region after Turkey's UNESCO Heritage Sites based on our employees' suggestions, the vessel is named Ephesus Seaways," he added.