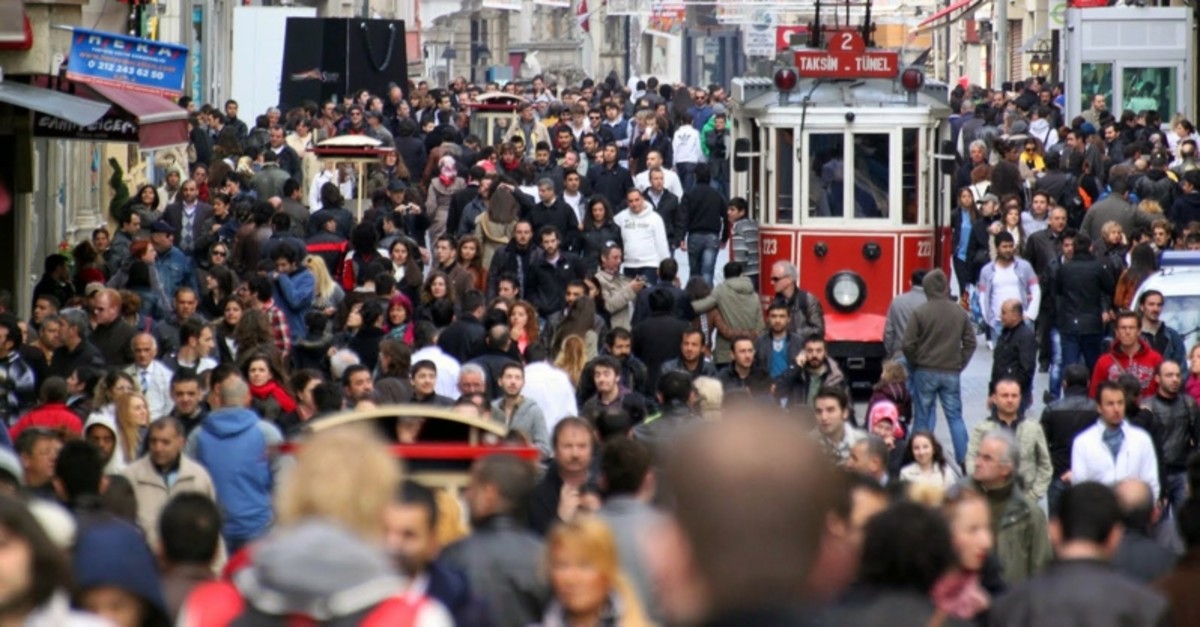 This file photo shows the bust Istiklal Street in Beyou011flu district of Istanbul.
by Anadolu Agency Mar 15, 2019 12:00 am

The unemployment rate in Turkey was 13.5 percent in December 2018, the Turkish Statistical Institute (TurkStat) announced on Friday.

"The unemployment rate [was] 13.5 percent with 3.1 percentage point increase [from December 2017]," TurkStat said in a statement. December's figure was also up from 12.3 percent from a month earlier.

December's labor force participation rate (LFPR) remained at 52.4 percent compared to the same month of the previous year. The number of people in the labor force reached nearly 32 million in the month with an annual rise of 378,000.

The TurkStat report revealed that the number of women in the workforce increased 0.1 percentage point from the previous year to 33.6 percent. It added that youth unemployment rate, including persons aged 15-24, reached 24.9 percent with a 1.8-percentage point increase during the same period.