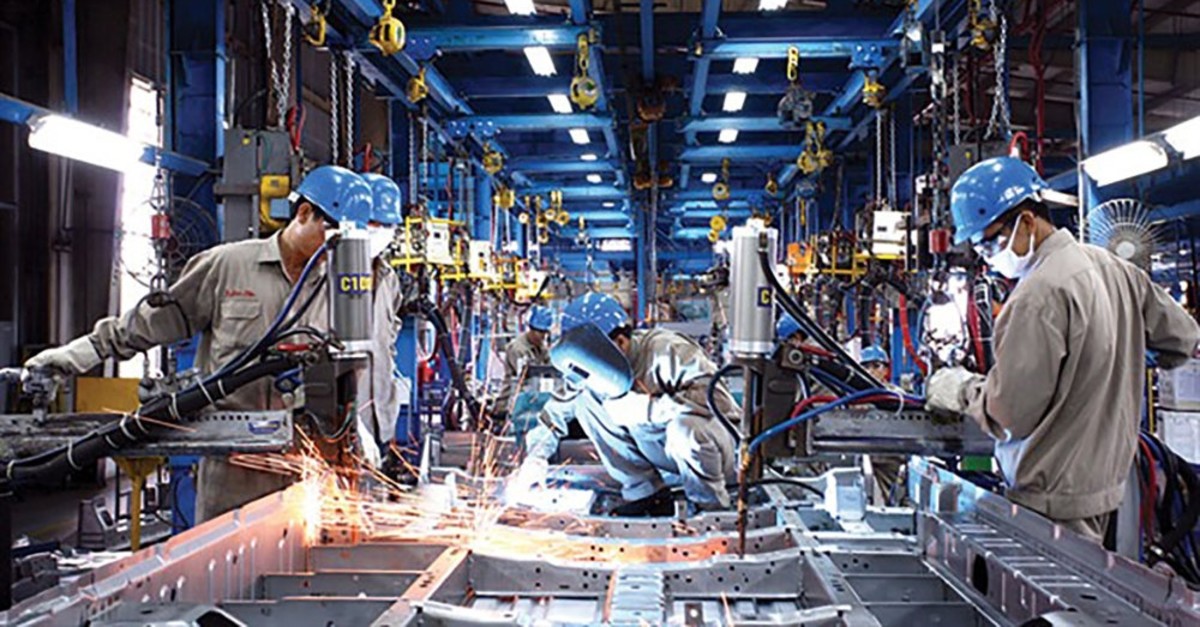 Representatives of the leading business organizations emphasize the significance to capitalize on a long no-election period after the March 31 municipal elections to swiftly implement the reforms the investment environment begs for.
by Daily Sabah with AA Mar 27, 2019 12:06 am

After the municipal elections on Sunday, the Turkish public will not go to the ballot box for another four-and-a-half years. This period of opportunity, representatives from the business world advise, should be seized in the best way possible with reforms to fuel Turkey's growth again

Following the March 31st municipal elections, Turkey will not hold any other election for a period of four-and-a-half years. This period is seen as a great opportunity for the implementation of reforms, the leading representatives of the business world reckon, while underlining that these reforms will help the Turkish economy maintain its growth momentum and move away from fragility.

Foreign Economic Relations Board (DEİK) President Nail Olpak said, in an interview published by Anadolu Agency (AA) yesterday, Turkey will undergo a very important transformation process in which the structural reforms in the economic sphere will accelerate with the strength of political stability following the March 31st local elections. He went on stressing that it will be a process of strategical importance where all economic reforms planned within the framework of the New Economy Program (NEP) − announced in September 2018 will be implemented step by step.

Olpak further noted that with positive acceleration to be introduced by the structural reforms to the economy, the country is expected to have a new structure resistant to shocks and far from fragility in order to be least affected by the economic slowdowns in the world and to assure sustainable growth without slowing down.

"It is of great importance for the Turkish economy to create high added value in strategic areas and maintain its growth without being dependent on imports, especially with a production-oriented approach," he continued. "One of the most important advantages of the reforms in the economic field will undoubtedly be their positive contribution to the preservation of the Turkish lira. We expect that we will be in a position to be able to remain strong against the occasional fluctuations in exchange rates and to give confidence to the international markets at the highest level. In this respect, we believe that the Turkish economy will maintain its growth momentum in the second half of 2019 and will continue in a positive direction."

Also in the same interview, Istanbul Chamber of Industry (ISO) Chairman Erdal Bahçıvan also stressed that the consecutive and intense election schedule in the recent years has been an important factor in the delay of the overall structural reforms prioritized for the economy, pointing to the long non-electoral period after the elections on March 31.

"We believe this period will be an invaluable opportunity for reforms in our economic life, which is our most important item. Therefore, we hope that it will not be affected by any short-term political agenda," he added.

Bahçıvan said that this valuable period should be used as a process to produce permanent solutions to the fundamental problems of the country's economy, hoping that this environment will make a long-term contribution to the industrialists and that it will be evaluated as a holistic period of structural transformation based on production, technology and education

Şekib Avdagiç, Chairman of Istanbul Chamber of Commerce (ITO), stated that President Recep Tayyip Erdoğan's positive stance on reforms means the realization of the hopes and expectations of the business world.

Emphasizing that structural reforms should accelerate domestic and national production, as well as domestic technologies and inventions, strengthen industry and increase exports, Avdagiç suggested the government should positively discriminate for the business world and domestic production, protect and develop these resources while developing structural reforms in the meantime.

Avdagiç argued that the 4.5-year period free from election will be an important opportunity for the transformation of the country. "If we can use this transformation opportunity with the same understanding in 2002, I believe Turkey will once again be one of the pioneers of global growth," Avdagic continued. "With its structural reforms to be implemented at the beginning of the 4.5-year non-electoral period and its value-added export attack, the Turkish economy will put the anchor of stability in the right place. This non-electoral period of 4.5 years means that the country's reform schedule will operate in a stable and uninterrupted manner, while we focus more on the economy and evaluate the funds more rationally."

In this process, Turkey's share of the world trade in goods should increase, production should be diversified, and new brands should be created, Avdagiç noted, highlighting that the reforms should mostly focus on high-tech production. "We need to elude from the import-dependent export structure. The permanent resolution of our current account deficit depends on it. In our foreign trade structure, we must bring out products that are light in weight but heavy in value," he further argued, pointing to the importance of reducing energy costs, developing the investor and entrepreneurial ecosystem, increasing savings rates and emphasizing vocational education.

Orhan Aydın, chairman of the Association of Anatolian Businessmen (ASKON), on the other hand, noted that the transition to the Presidential Government System and the economic policies implemented afterward brought stability, and that the environment of stability and trust is very important for the business world, adding President Erdoğan's ideas about raising interest rates, preventing exchange rate fluctuations, bringing down inflation to single digits and raising growth figures are well-known.

"We have the same priorities as the umbrella organizations of the business world. Reduction of the interest rates will bring new investments while resolving unemployment. Controlling the fluctuation in the exchange rate will fix the volatility in prices and enable our traders to trade more safely," he said. "Bringing down inflation to single digits will stimulate the market. Taking radical decisions brings great responsibility and requires a team to work in coordination to implement these decisions. At this point, experience, knowledge, accumulation, and most importantly, stabilization policies need to be introduced."

Aydın also added that the government's key projects in areas such as the defense industry, domestic automobiles, Kanal Istanbul and city hospitals during the period of uninterrupted execution will bring revival to the sectors, while policies that will increase domestic production and exports will be emphasized in the process.