Turkey aware of currency market manipulation ahead of local elections 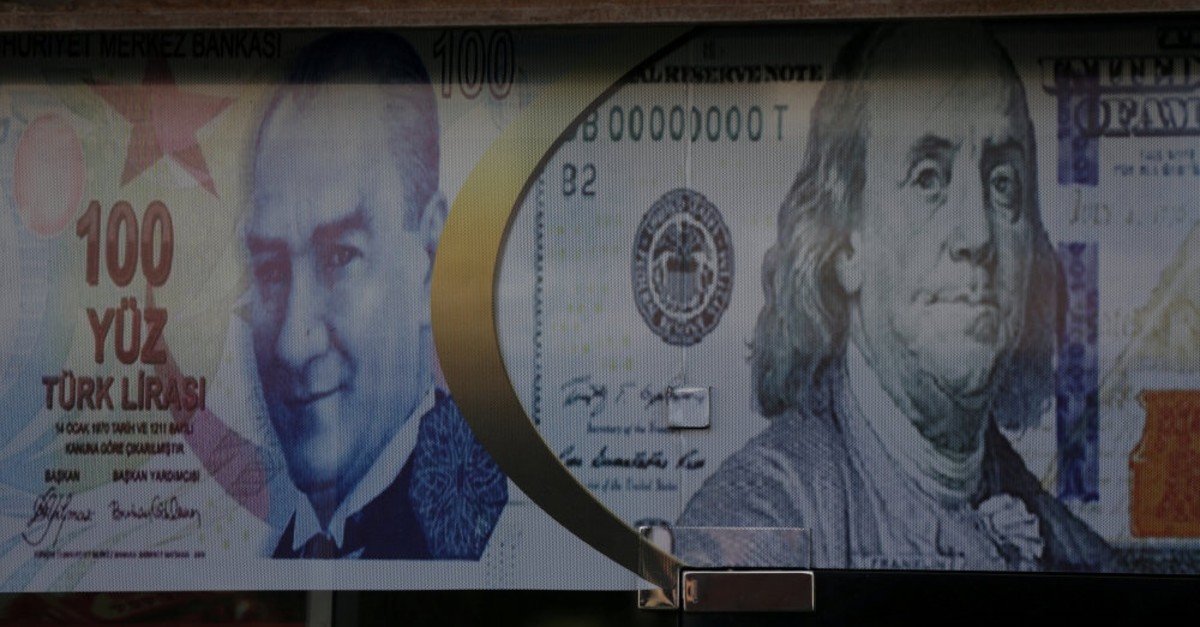 Recent exchange rate fluctuations are attempts to impose political pressure on Turkey ahead of municipal elections, President Recep Tayyip Erdoğan said Thursday. In his meeting with young voters and university students, broadcast online on the social media accounts of the presidency, President Erdoğan elaborated on a number of political and social issues and the economy. The president emphatically stated that the volatility in currency markets is the result of attempts by the U.S. and the West right before the municipal elections. "Their operations to pressure Turkey through exchange rates and interest rates have been thwarted. Now, they cannot find the Turkish lira to sell," Erdoğan said.

The president drew attention to the fact that the elections on Sunday will choose local governments and they do not shape economic policies. "This is not a general election. You cannot try to change the course of the markets and sanction Turkey economically in a local election," he said, addressing money market players. Bets on the Turkish lira, positioned in accordance with forecasts about the election results, demonstrate that local elections in Turkey have become a matter of concern for the foreign policy agendas of some Western countries, particularly those that have the power to speculate on Turkish markets. Erdoğan said banks were playing a game with the Turkish lira ahead of Sunday's local elections and added that Turkey needed to "discipline speculators in the market."

Since last Friday, the Turkish lira has seen high rates of volatility in the markets, which were triggered by investment bank reports that recommended shorting the currency against the lira in the period following the March 31 elections. As rumors concerning expectations for the lira spread among investors, the tendency to short the currency against the U.S. dollar grew within hours and it tumbled nearly 5.5 percent against the greenback. It was the biggest one-day fall since currency turbulence took hold in August as the lira dropped to as low as 5.84 per dollar on that day.

The U.S.-based investment bank JPMorgan Chase was one of the financial institutions that shared the report with investors who trade in the London market. The bank cited a recent drop in Turkey's net foreign exchange (forex) reserves for the move. However, Turkey's banking and financial watchdogs, the Banking Regulation and Supervision Agency (BDDK) and the Capital Markets Board (CMB), launched an investigation into JPMorgan Chase and other banks over complaints it received after the Turkish lira plunged nearly 5.5 percent on Friday and the main share index fell sharply.

To support the Turkish lira, the Central Bank of the Republic of Turkey (CBRT) suspended one-week repo auctions through which the central bank funded the Turkish market at 24 percent as a measure against the volatility of the Turkish lira during the trading session on that day.

The central bank continued to implement supportive measures and decided to squeeze the over the counter lira trade by increasing the swap sale limit to 20 percent from 10 percent for transactions that have not matured. The limit was later increased to 30 percent yesterday. The central bank uses the Turkish lira currency swap market to increase efficiency in forex liquidity management.

With the central bank's decision to squeeze the lira trade in the London market, Turkish banks started to keep lira swap market transactions well below a 25-percent limit set by the banking watchdog. This move basically told traders, who buy the Turkish lira with dollars just to short it in a one-month period, to sell their dollars if they are to buy Turkish lira at dramatically high borrowing rates.

The aim of the central bank and the banking watchdog was basically to eliminate any damage that might come from a "satellite" market for the Turkish lira. London trading is a kind of satellite market for the lira as it is printed and regulated in the Turkish market.

The London swap market indeed has a number of benefits for the Turkish market, including an increase in lira liquidity, allowing banks to buy lira and sell foreign currency they hold, supporting the convertibility of the lira and securing demand for Turkish government bonds.

Briefly, in the medium and long term, the London market is supportive of the domestic money market. But Turkish financial authorities managed to stop any significant damage from the overseas market with the latest moves.

Foreign investors who sought lira sold their shares on the stock market, Borsa Istanbul, where losses almost reached 7 percent during the trading session on Wednesday. Investors holding Turkish bonds also sold them in the quest for lira liquidity, driving interest rates as high as 20 percent in 2-year bonds.

Hüseyin Aydın, the head of the Banks Association of Turkey (TBB), said Wednesday Turkey took the necessary stance against speculative attacks to weaken the lira. Speaking of rising swap rates, he said, "Lira swap rates are rising due to insufficient lira for foreign banks to buy dollars." Aydın underscored that Turkish banks are acting in line with international laws and regulations, denying allegations that the banks do not provide lira liquidity to foreign buyers and that any liquidity decision is based on economic indicators.

do not reflect Turkish lira

Unusual conditions in foreign over-the-counter FX swap markets do not reflect the true picture of Turkish lira markets, Borsa Istanbul said yesterday. These conditions cause uncalled-for price movements, it said in a statement.

"Pricing is continuing in a healthy way as usual in the swap market of our stock exchange," the statement underscored. Accessing domestic markets from the foreign over-the-counter market would contribute to healthy pricing, it read.

Under Turkey's new economy program, announced in September 2018, one of Borsa Istanbul's chief strategies is creating markets for managing the risks of Turkey's financial institutions, the press release noted and highlighted that Borsa Istanbul continues to work to create liquid and efficient markets in line with international standards.

"One of the significant results of the G20 Pittsburgh summit [in 2009] was including over-the-counter markets' derivative transactions in centralized exchange markets," it recalled. The Borsa Istanbul FX Swap Market, established last October, has so far reached a transaction volume of $40 billion.