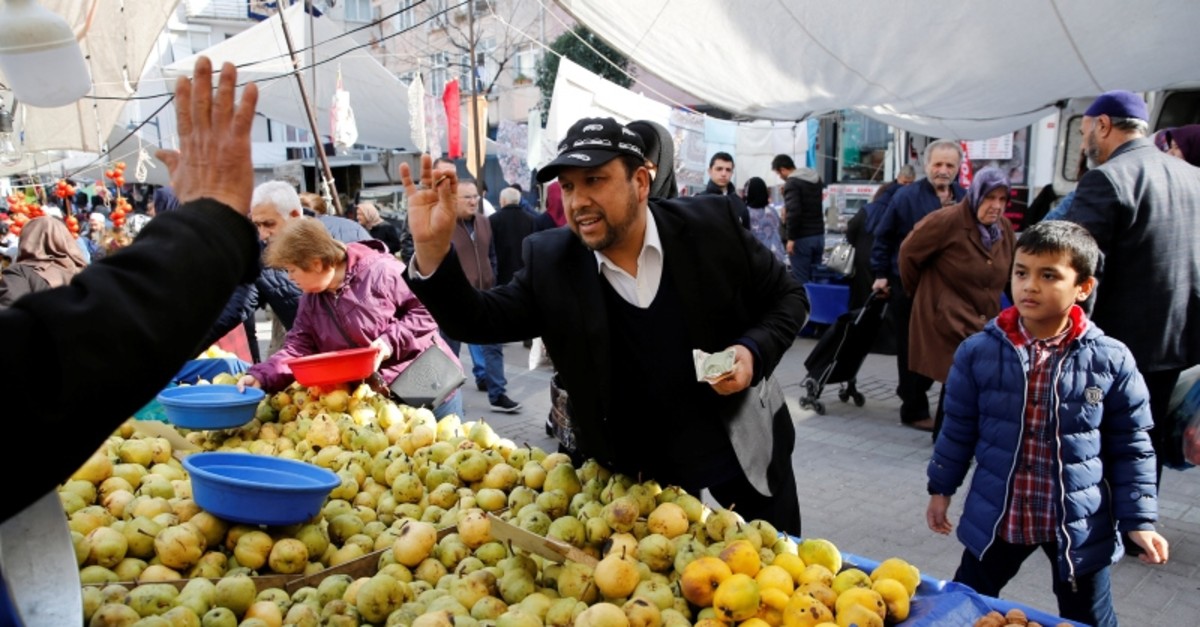 The March figure was slightly up, 0.04 percentage point, from 19.67 percent in February, TurkStat data showed.

On a yearly basis, the biggest price hike was in food and non-alcoholic beverages last month with 29.77 percent.

"Miscellaneous goods and services with 27.94 percent, furnishing and household equipment with 26.98 percent, recreation and culture with 20.08 percent and health with 19.72 percent were the other main groups where high annual increases realized," TurkStat said.

On a monthly basis, the consumer prices rose by 1.03 percent in March, with the highest monthly increase at 3.48 percent in health.

TurkStat noted that the only monthly decrease in consumer prices was recorded in communication — 0.29 percent.

The 12-month average hike in consumer prices was 18.70 percent as of this March.

As noted in Turkey's new economy program announced in September 2018, the country's inflation rate target is 15.9 percent this year, 9.8 percent next year, and 6.0 percent in 2021.